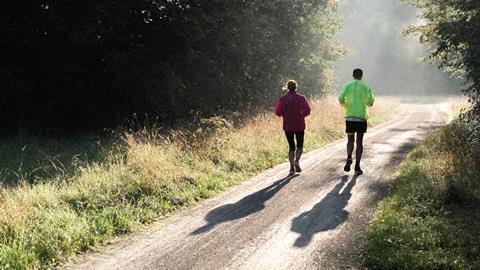 December is typically the silly season for news. But not this year, most would argue, especially given the events of today.

Still, if one were to bury deep into the mountain of very serious current affairs, one would find a fine seam of silliness made out of proposals to tackle obesity. It began forming in October, when outgoing chief medical officer Sally Davies called for a ban on snacks and drinks on buses and underground trains.

It wasn’t until this week when the silliness seam became fully realised, thanks to a report from Loughborough University’s School of Sport, Exercise & Health Sciences – in which researchers suggested making physical activity calorie equivalent (PACE) labelling de rigueur for packaged food and menus. That is, swapping current nutritional information for details of how much running or walking would be needed to burn off the calories in the product.

So, for instance, a consumer making a lunchtime decision would see it took four hours to walk off a pizza but only 15 minutes for a salad – and would therefore choose the latter. At least, that’s the aim.

But if big differences are to be made, several big questions first need to be answered. Like, when ought a person set out on their jog/stroll? Any time that day or immediately after every snack? Should the exercise be taken on flat ground or an incline? At what speed?

How strict are the parameters of the runs/walks – will we all need to wear Fitbits? Swimming and cycling are popular forms of exercise: should they be included on packs, too? What about people who are not easily able to exercise – the elderly and disabled, for example?

And did those Loughborough researchers consider the impact of PACE on mental health? There’s a risk it could exacerbate eating disorders by creating “the mindset that you have to earn food”, mental health campaigner Hope Virgo told the BBC. “I developed anorexia when I was 13 and, though it wasn’t triggered by exercise, a huge part of it was an obsession with exercise.”

Finally, there seems to be little consideration in the Loughborough report of other nutritional information. Calorie content alone is helpful, but it isn’t a strong indication of whether food is healthy or not.

As Dr Frankie Phillips of the British Dietetic Association told The Guardian: “For example, calories labelled on a sandwich might come to around 400kcal whereas a chocolate confectionery bar might be 350kcals.

“If calories are given central importance then the chocolate bar would appear to be a better choice, whereas a more balanced approach would obviously show that a sandwich is far superior nutritionally.”

There can be no doubt that the PACE suggestion was made in good faith. And it shouldn’t be written off, because exercise and calorie control are essential for good health and weight management. And, as the Loughborough report says: “There is little evidence that current nutritional labelling on food and drinks is having any impact on changing the eating behaviours of the public.”

But, as with Davies’ public transport notion, the university’s recommendation will need a lot more work before it can be taken seriously.