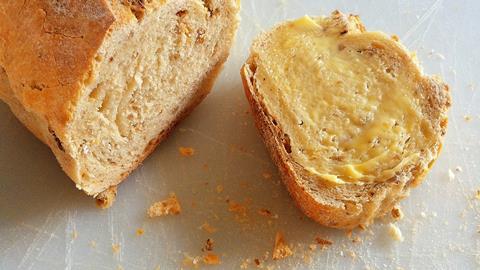 Perhaps Upfield will be giving that statement some thought this week, after its decision to reformulate its Flora lineup – and reintroduce buttermilk to its Flora Buttery spread – blew up in its face.

One of the first tasks undertaken by Upfield after it was created out of the former Unilever spreads business was to reformulate and relaunch what former general manager Steven Hermiston described as an “incredible iconic brand, but one that had lost its way somewhat”. So with sales of plant-based foods soaring, the entire Flora portfolio underwent a major pivot towards 100% plant-based ingredients last March.

The shake-up meant Upfield was now able to focus “entirely on plant-based nutrition”, it said. And in what could now be seen as a rather unfortunate claim, the supplier added it had managed to retain the taste profile of Flora Buttery by “heroing the plant” and replacing buttermilk with plant oils.

But there was one small problem: shoppers didn’t agree. The feedback was that they preferred “the familiar taste profile” and buttery taste of the line’s previous incarnation.

So as The Grocer first reported last week, Upfield relaunched Flora Buttery with 10% buttermilk as part of another recipe revamp for the range – the remainder of which would continue to be vegan-friendly. Current general manager Damian Guha conceded that Upfield needed to offer consumers as much choice as possible – though he also stressed the supplier remained committed to its plant-based mission.

Although some customers will be happy at that switch in recipe, many others are not. In fact, almost 16,000 people had signed a petition calling on Upfield to change its mind as of today, while many more used Twitter to vent their spleens in what has become an increasingly bitter backlash.

Upfield, for its part, insists it made the right move, with a spokeswoman reinforcing the claim “it wasn’t buttery enough”, while stressing everything else it offers is vegan.

Notwithstanding that some Twitter users were suggesting people boycott Upfield products and switch to plant-based spreads  – ironically manufactured by predominantly animal protein-based suppliers such as Kerry Foods and Saputo  – the backlash raises some interesting questions about how food businesses can please both vegans and flexitarians, the latter of which is less likely to compromise on taste.

As one Twitter user said, a buttery taste “cannot be replicated without using, er… butter”. And ultimately, no matter how much you spend on packaging and marketing, if a product doesn’t hit the mark on taste, it’s doomed to failure.