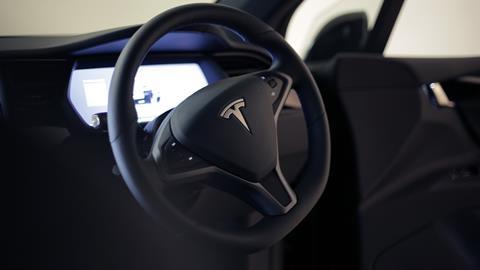 Forecourts should do more to capitalise on the electric vehicle revolution

The EVs are coming…

It’s official. The number of public electric vehicle charging locations has exceeded petrol stations for the first time in history.

Data from Zap-Map – an online and app-based service for EV owners – suggests that, as of today (30 May), there were 8,592 charging locations across the UK, compared with 8,400 petrol stations.

This is further proof, as if it were needed, that despite a few murmuring concerns that the UK is lagging behind more progressive European countries on EV uptake, the EV revolution is well and truly underway.

Not long ago the idea of owning an electric vehicle was absurd, even embarrassing. Most of us laughed along with car enthusiast Jeremy Clarkson when he ridiculed the silent, supposedly anti-petrolhead EVs of days gone by.

But time marches on, batteries are bigger and last longer, investment has grown exponentially and, with the help of Elon Musk and his glossy Teslas, EVs have become cool and desirable.

The environmental impact of fossil fuel cars has risen up the public agenda too (it’s not just plastic bags) and the government has banned new petrol and diesel cars after 2040. Put it all together and uptake has soared in recent years – new registrations of plug-in cars hit 210,000 at the end of April 2019, compared with just 3,500 in 2013.

How electric vehicles are driving the future of forecourt retail

This is all very interesting, but what has it got to do with the grocery sector, I hear you ask?

Well, the shift to EVs – which take as long as half an hour to charge – provides a huge opportunity that forecourt operators can capitalise on.

Even with the development of rapid 150kW chargers, which can charge a car battery to 80% in as little as 10 minutes, customers will still be hanging around waiting for significantly longer than it takes for them to fill their car with petrol or diesel.

Some of the larger forecourt owners, such as Shell and BP, are starting to embrace the transformation. BP bought the UK’s largest EV charging network, Chargemaster, last year. The company has long-standing deals with M&S Simply Food and Wild Bean Cafe – which offer customers food and coffee to go.

Shell has begun its shift towards convenience anyway, and has alliances with Waitrose and Budgens. It also recently launched its own food-to-go range in partnership with Jamie Oliver, which includes 85 products.

These small steps don’t go far enough, however. There is a great deal more forecourt operators can do to capitalise on the electric vehicle opportunity.

Could they team up with an organisation like Gymbox to offer a 30-minute workout or yoga class while they wait? Or a TV/gaming area where they can watch an episode of something on Netflix, or play half an hour of Fifa? Or even just a quiet area where a customer can sit to catch up on work or read a book?

None of these services require an extensive rebuild, and they don’t need to cost the earth, either. But forecourt traders need to make sure they have a tempting enough offering to keep EV drivers on site while they charge.

Unless, that is, technology finds a way to charge batteries more quickly.