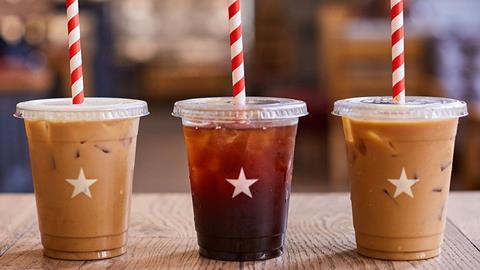 How long can Pret a Manger hold out while Brits still work from home?

The government’s infamous ‘stay at home’ mantra was well and truly ditched last weekend as an ever-hopeful Rishi Sunak begged Brits to “eat out to help out”.

The shift in rhetoric couldn’t have come soon enough for the hospitality industry, which was finally permitted to throw open its doors on ‘Super Saturday’.

It was too late, sadly, for the Casual Dining Group, which entered into administration last week, resulting in the closure of 91 of its 250 Bella Italia, Café Rouge and Las Iguanas restaurant sites.

But while Brits are flooding back to pubs, restaurants and cafés, there has been no change to the government’s other lockdown mantra. Which is that those who can work from home, should.

That’s spelling big trouble for Pret a Manger, which built its empire on a continuous rush of office workers traipsing through its doors with enough disposable income to splurge on smoked salmon and cream cheese baguettes.

The sandwich chain announced today it will permanently close 30 of its branches after suffering “significant operating losses” as a result of the Covid-19 lockdown. While that only accounts for 7% of its UK stores, a major review of the chain’s wider estate is also underway – suggesting there could be more closures on the horizon.

Pret’s sales have slumped by 74% year on year, and according to a letter to landlords seen by the Financial Times, it will only pay 30% of its next rent bill as it battles losses of “tens of millions of pounds” each month because of the pandemic.

These losses aren’t surprising. In a pre-coronavirus world, out-of-home lunch occasions were positively booming, with an increase of 28 million over the past year, according to Kantar data. But they’ve collapsed since the coronavirus crisis began, with at-home lunch occassions surging by over 87% as Brits set up temporary offices at home.

Pret has made valiant efforts to tap into this change in behaviour. Its launch of a retail line sold through Amazon and its partnerships with Deliveroo, Uber Eats and Just Eat, along with a click & collect trial, have seen its digital sales rise by 480%. But that only accounts for 8% of its UK sales.

There is no doubt about it. Pret and its food-to-go rivals need workers to start commuting back to office blocks in city centres, or these closures might only be the beginning.

The good news is that the weekend’s pub and restaurant reopenings show the public is generally willing to pick up these areas of their lives from where they left off in March, so Pret customers are likely to return. But only if they have a reason to be in the vicinity in the first place.

And while hospitality is taking its first tentative steps back to normality, the home-working trend looks set to continue until we have a vaccine.

The question is: how long can the likes of Pret hold their nerve?