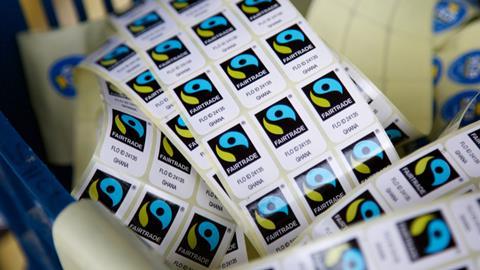 The ruthlessness of the City and the hard-edged investors that populate it don’t typically go hand in hand with ethics. So in some ways, the announcement this week from the Co-op of a sustainable bond open to such investors to fund projects with a conscience feels a little oxymoronic.

But that, says the retailer, is precisely the reason it has taken this approach – in an effort to bridge the gap between corporate finance and the well-meaning but less financially-minded world of ethical, environmental and social projects. And by bringing slick City investors under the wing of this philanthropic ethos, it also hopes to fuel its own growth in the process.

Investors will reap the financial rewards, with the five-year instrument paying investors an annual interest of 5.125%. There’s reputational benefits, too. By aligning itself with the ethical values of the Co-op, the fund will appeal to a growing number of investors that are looking to funnel money toward sustainable endeavours.

It’s a bold statement, with the Co-op reiterating its firm commitment to Fairtrade at a time when many retailers have been criticised for appearing to wind down their support. But it makes perfect sense, too. After all, the Co-op’s comeback since its near-collapse in 2013 has been largely driven by its focus on ethical trading and sustainability, and the fact that these issues resonate with its members, customers and the general public.

Moreover, by using the tools of the City to push this agenda, it reflects a growing appreciation for the money to be made in doing good. Earlier this year, data from Bloomberg found that $6bn is currently tied up in funds focused on environmental, social and governance issues in the US – that’s a fivefold increase on five years ago.

And the Co-op clearly sees the long-term potential in investing money in line with its sustainable ethos. The retailer says it has up to £900m which can be made available to fund education, via its Academies Trust, alleviating water poverty, providing access to responsibly sourced products and delivering energy-efficient technology to lower emissions.

All issues that could benefit immeasurably from a closer relationship with the deep pockets of the City too.