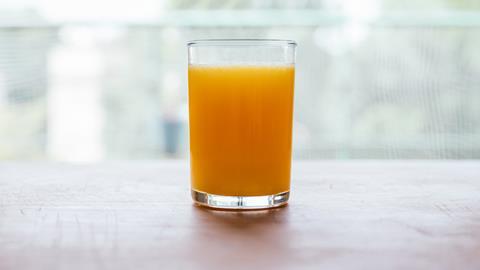 How Tropicana fell victim to the war on sugar

Ask the general public which is healthier – Pepsi or Tropicana – and the latter is likely to come out on top. At least, it would have been an easy contest in the past.

But, as public health policy has fixated on sugar, juice has fast become demonised. It’s this issue that today prompted PepsiCo to offload its Tropicana and Naked brands to focus on its “portfolio of healthier snacks, zero-calorie beverages, and products like SodaStream which are focused on being better for people and the planet,” according to CEO Ramon Laguarta.

Intuitively, it feels slightly odd to lump a product like Pepsi Max – which, although sugar-free, relies on artificial sweeteners and has no real nutritional value – among its healthier options. The message is that Tropicana and Naked, by contrast, don’t make the grade on health. That’s despite containing only naturally occurring sugars, providing vitamins and counting as at least one of the 5 a day.

You can’t blame PepsiCo for its stance. The now defunct Public Health England put a strong emphasis on sugar content in its war on obesity – a policy that’s likely to continue under its successor, the National Institute for Health Protection. Given the national rate of sugar consumption and its impact on obesity levels, the focus has been logical. It’s led to some big wins, such as the burst of reformulation prompted by the soft drinks levy. Yet it’s also had its victims – and juice is now seen as an evil, rather than a healthy product in small doses.

Tropicana has done plenty to counteract these perceptions. Its portfolio includes plenty of options for health-conscious shoppers, including the vitamin-enriched Tropicana+, the lower-calorie and lower-sugar Lean range, and Trop 50, which has 50% less sugar. Sales of the brand suggested it was on to a winning tactic, up 2.4% to over £214m last year while market leader Innocent faltered [Nielsen].

Granted, Naked fared less well, down 21% to £58m. But it also has adapted to shopper concerns with a reduced-sugar sub-brand, also called Lean.

Clearly for PepsiCo, these innovations weren’t enough to give it long-term confidence in the juices and smoothies market. Tellingly, Laguarta said the sale would “free us to concentrate on our current portfolio”. Because, as sugar remains at the centre of the war on obesity, selling the health benefits of juice is hard work.