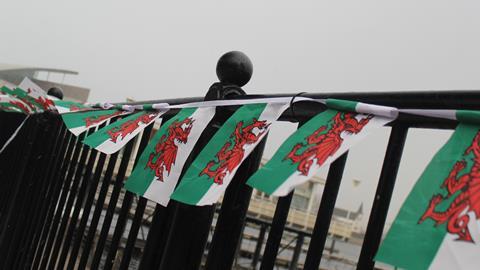 Iceland has history when it comes to the Welsh language, but its decision this week to sack its communications director over disparaging comments about Welsh speakers could be a watershed moment.

Keith Hann, a long-term friend and colleague of the Walker family, which owns the retailer, was dismissed yesterday after a series of mostly historic comments came to light attacking the Welsh language and Welsh people – a fact all the more remarkable given that Iceland is, of course, based in Wales.

The chain of events started with a (subsequently deleted) retweet of a comment by right-wing radio host Julia Hartley-Brewer last weekend – which attacked lockdown measures after TV host Amanda Holden faced criticism for a trip to Cornwall to see her sick and elderly parents.

Hann accompanied the retweet with the claim “inhabitants of the UK’s Celtic fringe loathe ALL visitors” as he urged people to “bear this in mind when contemplating a holiday booking”.

As Welsh news website Nation.Cymru uncovered a series of further negative comments towards Wales, the Welsh language and other Celtic nations on Hann’s personal blog, a Twitter storm erupted.

Amid escalating calls for a boycott of the frozen food retailer, Hann initially shrugged off his previous comments – which included branding the Welsh language as “gibberish” and sounding “like someone with bad catarrh clearing his throat” – by insisting his historic musings were personal views and “written with humorous intent”.

“All views my own and usually joking,” he added on his Twitter profile.

By yesterday, however, Iceland had obviously had enough of the mounting negative publicity, as it followed an earlier apology by confirming Hann had been dismissed “with immediate effect” and reiterated “these comments in no way reflect the values of our business”.

But Iceland’s respect for the Welsh language has long been called into question – most recently in 2018, when it rejected calls to use bilingual signage in its stores because they would “add complexity and cost to our operations”.

And that’s despite the fact that all of its English-based competitors have found the time and money to do so.

This row also comes amid a febrile atmosphere, where the battle over free speech and ‘cancel culture’ has pitted outrage over the Hann affair (particularly among Welsh-speakers, of course), against others who see it as another example of ‘wokeness gone mad’. Where’s your sense of humour, they ask?

Full disclosure here: I’m a Welsh-speaking Welshman, so yes, equating my mother tongue to phlegm and other pithy criticisms is a dog whistle provocation I’ve become used to over the years. And it is still trotted out on a regular basis in the national media.

Not surprisingly, my view is that making those types of comments as the head of communications for a national supermarket, even if in a personal capacity, simply isn’t funny or acceptable anymore.

Ultimately, though, as a PR veteran, Hann should have seen it’s an odd position to take, even in jest. The old maxim that PRs should never be the story has never been more true than in the age of social media, which simultaneously gives PRs a platform and a rope to hang themselves on. What’s more, there’s no room to hide on social media (you cannot blame journalists for taking comments out of context) while humour – if one is generous enough to consider it so – can easily be misunderstood.

Where does Iceland go from here? This is a public relations embarrassment Iceland could do without, as it’s also facing criticism over its refusal to follow rival grocery retailers in giving back the government’s business rates relief (with sales up 24% in the latest four-week Kantar period – more than any of its rivals).

It needs to treat the sacking of Hann as a watershed moment in its history, in which it fully embraces its Welshness. It’s in a unique position: the only national Welsh supermarket chain, and it should be proud of it.

Welsh language pressure group Cymdeithas yr Iaith today said now was the time for the retailer to show “real commitment to Welsh”, starting with installing bilingual signage across its stores in the country.

“Sacking someone doesn’t make up for the fact that Iceland’s Welsh provision for customers is currently very poor,” it said.

Doing so could be the start of resetting the conversation. In Welsh, of course.