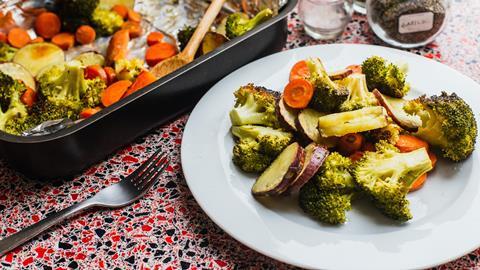 Industry must look inwards on food waste before criticising consumers

A who’s who of food companies have signed up to back the UK’s first national week of action to tackle food waste next month. It’s heartening to see.

Overseen by Wrap, the “huge week of action” promises to stress the link between food waste and climate change. And it certainly has the right names to back up its efforts. The event, which will run from 1 to 7 March, will be supported by powerhouses including the likes of Asda, Co-op, M&S, Waitrose, Premier Foods and Unilever.

For some reason, food waste doesn’t seem to have hit home with the masses in the same way as the war on plastic and its threat to our ocean. Hopefully, the patronage of these fmcg big-hitters will ensure that the topic gets the attention it deserves.

Wrap is also promising a “well-known national figure” (TBC) to front the campaign. Considering the impact of David Attenborough’s Blue Planet series, it could be a clever idea – especially as thoughts turn to the potentially seismic COP26 climate summit in Glasgow this year.

But sadly, Wrap could combine the talents of Attenborough, Marcus Rashford, and Captain Tom (RIP) and still not tackle food waste unless the industry admits it has much more to do to tackle systemic challenges closer to home.

It’s undoubtedly true the industry has done a better job in recent years of tackling food waste higher up the food supply chain. That has been galvanised in part by The Grocer’s Waste Not Want Not campaign, and aided by government money our campaign lobbied for to level the playing field on surplus food redistribution.

However, it still has a long way to go to improve transparency and, as we revealed last week, thousands of tonnes of food is still ending up as animal feed or going to AD when it could be used to feed hungry families.

Xcess, a new UK body of independent redistribution charities, claims this is down to “arcane” supermarket rules on the use of own-label products.

It is now calling on the IGD and Wrap to step in to allow wide access to own-label products, after it emerged offers of help were being routinely and reluctantly turned away because of red tape that limits their use on the hunger frontline.

Undoubtedly there will be hurdles to tackling this issue, not least in terms of food safety. Organisations like FareShare have spent years building networks that have won the trust of major retailers and earned their right to be at the forefront of industry minds when it looks to help.

But as we learn from our mistakes in the pandemic, the industry has a duty to make sure it is doing all it can to systematically fight food waste and at the same time step up in the fight against hunger. With such vast amounts of food still not going to help hungry families, clearly there is more to do.

Only then can the industry truly point the finger at the public with authority and demand they too change their ways.