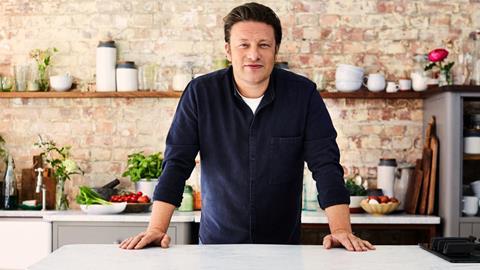 Love him or loathe him, Jamie Oliver’s entry into the #saveourstandards campaign this week may prove to be a game-changer in the battle to stop sub-standard foods entering the UK from post-Brexit trade deals.

Many well-organised and sophisticated campaigning outfits have long worked to ensure the UK does not trade away its agricultural standards in trade talks, particularly with the US, but Oliver’s introduction has brought in some heavyweight celebrity muscle and the results may quickly show.

The power of the Oliver campaigning machinery is the same thing that shot him to culinary stardom over 20 years ago: a relatable Essex boy bristling with energy and charisma. He’s of course not without controversy, but his impact is undeniable. From school meals to a sugar tax, he has changed the face of food in the UK and has grown to be a master of shaping public opinion.

The best strategy for all campaigners looking to #saveourstandards is to keep the issue in the public eye. The British public have made clear that they overwhelmingly do not want chlorinated chicken in their shopping baskets and so as long as the debate is alive and kicking, it will be immensely hard for a government desperately in need of a popularity boost to bring home the hormone-treated beef.

Attention is exactly what Oliver will deliver. Since the announcement of his powerful alliance of celebrity chefs and celebrities – including Joe Wicks, Hugh Fearnley-Whittingstall and Jimmy Doherty – on Sunday, he has already invoked public responses from US ambassador Woody Johnson and the UK trade department.

Compare it to comments yesterday from EU council president Charles Michel, warning the UK will be flooded with cheaply produced food if it chooses to lower its regulatory standards post-Brexit. “What model of society do they want?” he asked of the UK. “Do they prefer to maintain high quality standards…or, on the contrary, do they want lower standards to subject their farmers and their competitors to unfair and unjust competition from other regions of the world?”

While this is much the same message as Oliver and co, it unsurprisingly didn’t manage to create quite the same media storm. The government will be able to shake off defeats in the Lords and cries for transparency from the opposition, but a celebrity chef with a talent for prime-time campaigning documentaries is a different matter.

What all parties looking to #saveourstandards must not overlook is the imminence with which change could arrive. As economist Con Lucey warns in the Irish Independent today, the UK’s lack of self-sufficiency could force it to turn to cheap agricultural imports to prevent food shortages, perhaps much sooner than one might expect.

There has always been the question surrounding Brexit that if European food prices rise to the extent that food from the rest of the world suddenly becomes much more competitive, many in the UK will, depending on the product, look to buy internationally rather than from Europe.

A US trade deal is certainly a significant threat to British food standards, but it is not the only one. If food importers are forced to find alternative sources of food from around the world, comprehensive supply chain checks may be tricky to say the least. Less than desirable alternatives could suddenly become necessary simply in order to avoid horrific price rises, and when that happens, don’t expect it all to be coming from bucolic pasture.