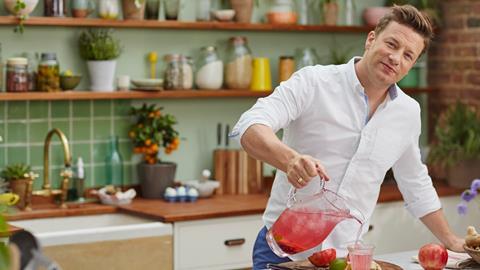 It’s not always wrong to have a trademark dance. After all, it did wonders for Peter Crouch and David Brent. But, as Jamie Oliver proves, it can easily go the other way. Perhaps it was the sentiment behind the dance, rather than his bombastic moves, that attracted public disdain.

For Oliver’s dance was to celebrate the announcement of the sugar levy. For his part, the TV chef claimed he just happened to be walking past Westminster when George Osborne made the landmark announcement in 2016, which resulted in his arm-swinging elation being captured on BBC cameras. Still, the public was having none of it. He became the sugar-hater, the fun police, the man who killed off Turkey Twizzlers. The kind of man whose party would exclusively serve sugar-free cola, without even the prospect of alcohol to dampen the pain of his dancefloor action.

That’s, at least, one of the theories behind why Jamie’s Italian collapsed yesterday. Some argued he had become a health campaigner first and foremost, rather than a chef, which limited the appeal of the restaurants. Others pointed to the use of voucher schemes, which attracted fickle rather than loyal customers. Then there were the mixed reviews of the food, including a truffle dish described by Sunday Times food critic Marina O’Loughlin as being covered by a “honking, salty swamp of a sauce”. (For our part, a Grocer journalist is still reeling from the cold pasta served at his local branch.) Then there was the Russell Hume scandal. The use of a mainstream, scandal-hit meat supplier hardly fitted with the rustic image Jamie’s Italian was looking to cultivate. And it could have cast doubt over the prices, which reached £23 for a sirloin steak.

None of these things helped the chain. But the average punter may not have considered much of the above when walking past their local Jamie’s Italian. What they would have considered is the huge number of casual dining restaurants all competing in close proximity, in a very similar space. The sheer saturation of the market has made it harder and harder for these restaurants to stand out and, crucially, draw in punters. Carluccio’s, Strada and Prezzo have all had their fair share of high-profile struggles. It’s not just Italian joints declining, either. Once the darling of the casual dining world, burger chain Byron is now fighting to stem a decline in sales.

To make it worse, Brits are spending less on eating out. According to Kantar figures, that’s driven by a decline in frequency, rather than average spend. Out-of-home lunch spend has been hit by the rise of the lunchbox and home-prepared meals, which have accounted for 274 million more occasions over the past two years. (The need to tempt consumers with something different could explain Pret’s plans to buy Eat and convert stores into Veggie Prets.)

The evening meal is the only occasion that hasn’t been hit by a drop in frequency. That could be a glimmer of hope for casual dining restaurants. But there’s also the growing consumer desire for something special on those occasions when they do splurge. That much is evidenced by the success of Italian restaurants that do stand out from the crowd such as London’s Balcone – described as ‘casually orgasmic, deeply affordable’ by Guardian food critic Grace Dent – and Bristol’s Pasta Loco. However good chain restaurants may be, the likes of Jamie’s Italian will never be able to offer that level of individuality.

So while we can blame Jamie for crimes against dance, let’s not blame him for everything.