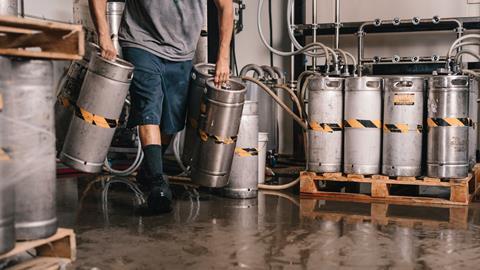 Nimble SMEs are showing their worth, but not all of them will survive

Small businesses often display great agility at the best of times. Right now, though, some are being as nimble as a spider monkey in their efforts to nourish the nation.

It’s not just the independent restaurants that have turned into takeaways during these worst of times. It also the numerous food and drink brands diversifying into online offers – from Wild & Game’s bundles of frozen meats to Wensleydale Dairy Products’ digital deli. And then there’s the likes of Savoursmiths, which is forging ahead with plans to open its own production facility.

There’s even a raft of non-food SMEs making their debut in grocery, according to The Guardian. “Some entrepreneurs who have never dabbled in food and drink before are now doing so,” the paper reported on Friday. It highlighted how London dry-cleaning service I Hate Ironing was using its fleet of 60 vans to deliver boxes of veg, eggs and other staples.

Still, not all brands are able to diversify. Take, for example, Milton Brewery – which is “one of many hundreds of independent brewers who feel they have been left out in the cold by the government” according to the Telegraph this weekend.

The Cambridgeshire company, which runs three pubs, doesn’t can or bottle its booze, meaning it’s less well situated to cash in on the huge online demand for small-format beers.

It’s one thing for a small supplier to pivot from, say, in-store to online. An evolution from on-trade to off-trade is something else entirely.

And microbreweries aren’t the only small businesses at risk of falling between the cracks. Others look set to miss out on financial support announced as part of the government’s emergency measures to tackle coronavirus.

As explained in The Grocer’s current issue: “A £10k cash grant promised to SMEs, for example, will only be available to startups qualifying for small business rates relief, meaning those working from shared office spaces or running their businesses from home will be entirely left out.”

So while we should celebrate the agility of SMEs right now, we should also spare a thought for those that might not survive. And - as an industry - fight like hell to save as many as we can.