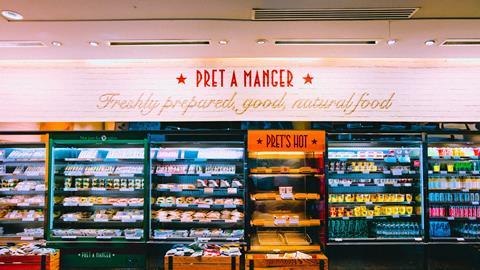 It would be fair to assume the past 12 months of Clive Schlee’s 16-year tenure as CEO of Pret a Manger have been among the most testing.

Though Natasha Ednan-Laperouse had suffered a fatal allergic reaction to a Pret sandwich back in 2016, it wasn’t until last year’s inquest, and the corner’s conclusion that the teenager had been the victim of “inadequate” allergen labelling at the chain, that the business found itself the subject of damning criticism for its role in her death.

Schlee has been instrumental in leading the business through that crisis, for better and for worse, and in many ways the episode will overshadow his long legacy at the chain. Even more so given the timing of the announcement of his exit today, coming a week after the government announced it would introduce ‘Natasha’s Law’ to close the regulatory loophole that Pret (along with many other businesses) was accused of exploiting.

But it’s worth remembering that Pret’s role in the tragedy was all the more shocking for the way in which it felt so atypical of the ethically and environmentally conscious brand image Schlee had worked for more than a decade to maintain.

Already when he joined in 2003, founders Julian Metcalfe and Sinclair Beecham had set the tone, ditching processed food for freshly made, becoming the first chain to use cardboard packaging and setting up the Pret Foundation in 1995 with the grandiose aim of alleviating poverty in the UK.

Since he took over the reins, Schlee has continued in much the same vein. From delivering surplus food to the homeless in Pret branded trucks, to trialling the Veggie Pret format, to handing out surprise freebies to customers, Schlee has been instrumental in creating a chain that felt more human, more on-trend and somehow more empathetic than many of its close competitors. A fact that made it all the more disappointing that it had failed to go above and beyond when it came to allergen labelling with such tragic consequences.

That Schlee is stepping down just as Pret begins to rebuild this consumer trust, committing to full, transparent ingredient labelling, raises questions over whether its new owners are now looking for a change in direction. In 2018 JAB Holdings snapped up the business for £1.5bn, part of a global acquisition spree by the Luxembourg-based business to rival Nestlé in the coffee market. It’s reasonable to think then, with Pret now in its growing portfolio, it will be keen to replace the slow and careful international expansion that has predominated under Schlee’s reign, to a more aggressive growth strategy.

Will it be one that leaves room to preserve the reputation of conscious consumerism that Schlee and Pret’s founders have built? And which they are now looking to build back up? That remains to be seen.

As Schlee tweeted today: ‘There’s never an easy time to stop being CEO of a wonderful company, but now is a good time for a new CEO to take Pret on the next stage of its journey.’

In a year of unprecedented change and challenge at the high street chain it’s clear that Schlee’s departure could mark a turning point. One that we can only hope doesn’t lead it away from the critical steps forward the CEO has taken in his final months in the job.