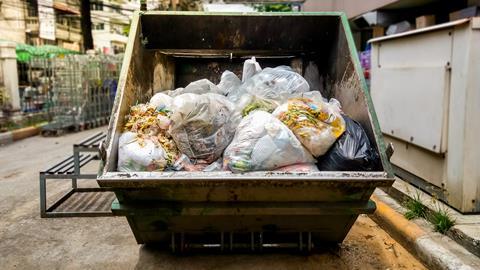 The pandemic has, like nothing before in living memory for most people, highlighted the importance of preventing both hunger and food waste.

The tens of thousands of tonnes of food wasted as hospitality shut down in the first lockdown was not just a tragedy for companies facing financial ruin – but for the millions of people at risk of going without food, many of whom continue to live on a knife-edge as we enter the new version of lockdown this week.

That’s why it’s been so heartening to see the magnificent response by the industry to feeding the hungry. This has ranged from FareShare’s help for food banks and local charities on the frontline (driven by vital donations from retailers and suppliers) to the latest Marcus Rashford-inspired food industry taskforce on hunger.

However, today’s report from Wrap and the IGD highlights there is still much to do to prevent a disastrous level of food waste.

In many ways, the outlook from their Roadmap progress report is a positive one.

It shows there has been a big increase in the number of companies signed up to the initiative, which aims to get businesses to reduce food waste by 50% by 2030. Sixty new food businesses have joined the pact since September 2019.

However, of more than 200 food companies now signed up, only 60 this year publicly reported food surplus and food waste in 2020, compared with 45 in 2019. The vast majority of these were part of a separate initiative by Champions 12.3 chair and Tesco CEO Dave Lewis.

Wrap says the number of businesses publicly reporting has grown from just 30 in 2018, and only a handful prior to the launch of the roadmap, while a further 138 had shared data “in confidence” with the organisation.

It also revealed seven companies that provided evidence of their food waste efforts last year had not done so in 2020, blaming the impact of the Covid-19 outbreak.

More worryingly, at least 400 big companies have not signed up at all.

Tesco, whose outgoing boss Lewis has been such a lynchpin in the war on food waste, is now among those urging the government to breathe new life into shelved proposals to make reporting of food waste mandatory.

The UK food industry, thanks to companies like Tesco, is still a world leader on tackling food waste and today’s findings come with another report by the World Resources Institute hailing us as a “world exemplar” in the moves to “target, measure and act” against food waste.

But this is not a time for the industry to be patting itself on the back. Instead it’s a time to release the impact that true transparency can have – which is why The Grocer has been calling for it ever since it launched its Waste Not Want Not Campaign in 2016.