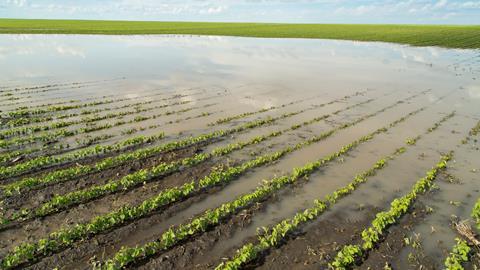 Boris Johnson, like any campaigning politician worth their salt, made sure he was seen to be doing his bit on Monday.

During a visit to the partly flooded town of Matlock, Derbyshire, he burst into a partially puddled opticians, grabbed a mop and proceeded to slap it on to the floor repeatedly, as if he was trying to spear a kipper.

Instead of helping, he only managed to smear more dirt on to the shop floor.

Any growers who saw the clip might well have been struck by the aptness and depth of the metaphor Johnson kindly provided them with.

After all, are they not the shop floor in this vignette?

The mop incident came just 24 hours after the Conservatives pledged to quadruple the size of the Seasonal Agricultural Workers Scheme pilot from 2,500 workers to 10,000 workers – nowhere near the required figure of 70,000-80,000 labourers the sector has repeatedly said it needs.

Growers were then coated in muddy water of their own as the latest episode in what British Growers Association CEO Jack Ward called a “horror autumn” saw a deluge of rain compound an already overly wet back-end of the year.

Thirty per cent of the potato crop is still in the ground, according to the latest AHDB figures, and carrot and brassica crops are also said to be at risk. Furthermore, there’s likely to be a knock-on impact in 2020, with farmers currently struggling to plant potato and cereal crops.

If growers were said to be walking past crops worth in the region of “six-figure sums” last month because they didn’t have enough labourers to pick them, you have to imagine they will currently be suffering a similar fate at the hands of the weather.

It all comes as a marked contrast to 2018 where drought conditions, particularly over the summer, pressurised growers in an altogether different way. It led to the smallest potato harvest for six years, with growers pulling 700,000 fewer tonnes of spuds from the ground.

The first half of 2019 promised a much better growing year as the mild, dry winter gave way to a nicely balanced spring and a cooler, wetter summer.

Now, growers are having to cross their fingers and toes that we have a dry run-up to Christmas.

As Ward opined to The Grocer this week: “Everybody is in the same boat. There’s nothing you can do about it.”