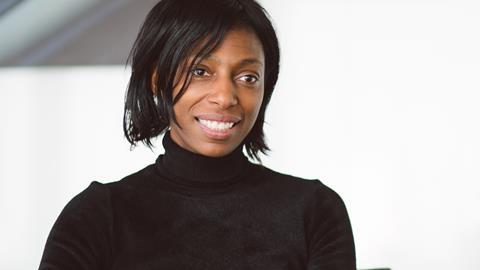 Sharon White is right to move fast with a Waitrose boss. But has she got the right one?

Being able to admit when a strategy isn’t working and make changes is the sign of a good leader, as is a willingness to act quickly.

The appointment of a new Waitrose boss by John Lewis Partnership chairman Sharon White is in essence an admission of the obvious flaws in Charlie Mayfield’s grand Future Partnership masterplan.

Waitrose has been in the strange position for the past four months of being the only food retailer in the country operating without a figurehead, after the MD role was scrapped and Rob Collins departed.

And with White – who has had a baptism of fire, to say the least, since taking the JLP hotseat in February – having zero retail or grocery experience, a rethink on the management structure was surely inevitable.

The current coronavirus crisis has only served to highlight even more the need for a proper leadership structure in both Waitrose and John Lewis.

Mayfield’s restructure lurched the group from one extreme – of running two entirely separate businesses with lots of duplication – to another, where valuable experience was jettisoned to clumsily force the brands together.

White is clearly searching for a middle ground. She realises that while it makes sense to merge customer service, HR, finance functions and leverage the brands’ combined strengths, there still needs to be recognition of the complexities and differences in running a department store chain and a supermarket business.

White was effusive in her praise for Bailey in the announcement, emphasising his 18 years of experience at Sainsbury’s across various roles and how he was responsible for £16bn in revenues as buying director for groceries.

But it is not wholly unkind to suggest Bailey’s most attractive quality was an availability to start the job immediately. He left Sainsbury’s last year and has been acting as an advisor and non-exec to several technology, social enterprise and food startups.

One retail analyst on a conference call with White to discuss current trading at JLP this morning told The Grocer there was notable scepticism among the analyst community to Bailey’s appointment.

“It’s obviously a good idea to have an exec director in charge, but I’m sure there are 100 people in the industry who consider themselves better qualified for the job than James Bailey, aka James Who,” the analyst said.

A former colleague of Bailey also expressed surprise at the appointment, calling the move from working as a buying director to leading a supermarket “a stretch”.

“He is a really nice guy and very smart and capable, but he is a commercial guy, so this job will need quite a broadening and expansion of his obvious skill set,” they added.

Bailey is clearly going to need to learn on the job – and fast.

Waitrose has seen sales jump by almost 10% since January – and the online business has increased capacity by 50%, which has, perhaps, been a welcome stress test ahead of the Ocado deal ending in September. However, JLP flagged last week a potentially tough second half, which could drag annual revenues at the supermarket down by 5% year on year in a worst-case scenario.

However, it would have been all too easy for White to do nothing and stick to the tracks laid down by Mayfield for another six months. To her credit, she has dirtied her hands quickly, announcing a strategic review of the group in March and now replacing the broad, and somewhat confused, trading and brand director roles on the exec board with the more specific Waitrose and John Lewis ones.

There is much work still to do.