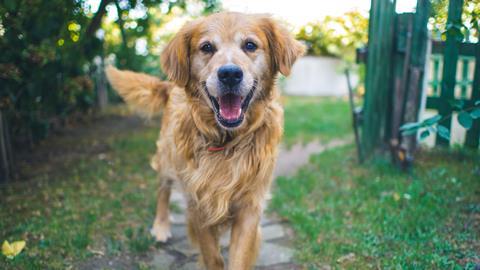 Raw meat meals for dogs and cats are getting trendier. And the evidence against them is stacking up.

Scientists at the University of Zurich this week warned that the diet known as BARF (bones and raw food, or biologically appropriate raw food) risks exposing animals to antibiotic-resistant bacteria, including several types of e.coli.

The Swiss researchers found deadly ‘superbugs’ in 61% of the raw dogfood samples they tested – and warned humans’ health could also be at risk as a result.

The university’s Dr Magdalena Nüesch-Inderbinen advised “all dog and cat owners who want to feed their pets a BARF diet to handle the food carefully and maintain strict hygiene standards. Pet owners should be aware of the risk that their pet may be carrying multidrug-resistant bacteria and can spread them.”

It’s not the first time BARF has come under fire. In January 2018, scientists at the Netherlands’ Utrecht University were compelled to note that raw meat contains bacteria and parasites because it hasn’t been subjected to the intense heat used to make processed food safe – even when in commercially prepared meals. This, they warned, could be dangerous for pets and humans alike.

Raw petfood is on a roll, but Natural Instinct TB case underlines the dangers

And yet there’s still strong support for ‘paleo for pets’, with people insisting it’s nutritionally superior to processed alternatives. It’s natural food that replicates an animal’s ‘ancestral’ diet, they claim.

Dylan Watkins, the founder of Poppy’s Picnic, is a big fan. “Raw is booming,” he says. “We speak to customers every day who are discovering raw – and to existing raw feeders who say they will never look back. Once an owner has seen the benefits for themselves, it’s hard for them to switch back to a previous way of feeding.”

And it’s a diet that’s here to stay, believes Craig Wallace, CEO of Itsdogfood.com. “It may put some consumers off, but it is likely to grow further and represent a larger chunk of the market,” he says. “Its popularity comes from the belief that the dog is getting the most natural diet possible.”

But critics of BARF claim there’s no evidence of any health benefits. They are adamant that raw meat will only damage an animal’s teeth and digestion, and even lead to a nutritional imbalance that prevents bones and immune function from properly developing.

So, it looks like the BARF debate is set to rage on. Meanwhile, brands and retailers can rest assured there are plenty of other trends – from grain-free to vegan – that will add value to the petcare category without risking the wellbeing of animals and their owners.