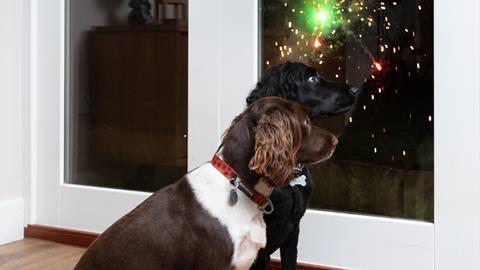 Supermarkets should give serious thought to not selling fireworks

Coronavirus has given us all a fright. So it’s unsurprising shoppers are planning to change their Halloween habits this year. Over half (54%) of households who would normally trick or treat will be staying home, according to a recent survey by Dunnhumby, with 20% of people saying they will be battening down the hatches and putting up ‘no trick or treating’ signs this year.

That could deal a big blow to supermarket sweet sales. Indeed, only 42% of shoppers intend to buy sweets this Halloween, the survey found, compared with 82% in previous years.

And while over half (53%) plan to buy party food and drink for virtual Halloween parties and smaller celebrations at home, just one in three (34%) said they intend to buy a pumpkin from the supermarket, down from over two-thirds of shoppers (68%) that purchased pumpkins in previous years.

Even more scary for supermarkets is the prospect that shoppers will show similar caution at Christmas.

According to a survey by Shopmium this week, half of Brits (51%) are planning to spend less on gifts, food and drink this Christmas, with a quarter (24%) planning to reduce their festive budget by £100 or more.

If that’s the case, the only seasonal event where profits could boom is Bonfire Night. With Brits restricted to socialising in groups of six across the UK, and some areas facing even tougher lockdown rules, plans for organised displays have gone up in smoke. Which means there is likely to be a surge in amateur firework displays in private gardens and residential streets.

But while surging firework sales are a welcome thought for supermarkets, it’s terrifying prospect for the nation’s pets.

According to the RSPCA, about 62% of dogs, 54% of cats and 55% of horses show signs of distress during fireworks, and every year many animals are injured – with some suffering burns while others are hit by cars when spooked.

Amateur firework displays are responsible for most of the harm to pets and wildlife – which is why vets and animal welfare campaigners are calling on supermarkets to stop selling fireworks this year.

“The momentary lift fireworks will give us simply doesn’t compare to the misery and suffering it will cause millions of animals,” said Dave Leicester, head of clinical intelligence at Vets Now, in an open letter to major British retailers this month.

He has a point. Pets have been a huge source of comfort and companionship throughout the darkest of days of the pandemic. Shouldn’t we be doing our utmost to keep them happy and safe in return?

It’s a move that would be supported by eight out of 10 pet owners, according a poll by Vets Now. And surely supermarkets should consider their perspective, given petfood sales are now worth £2.6bn a year [Kantar 52 w/e 12 July 2020] – and thus far more lucrative than fireworks in the long run.

It’s understandable that retailers would be reluctant to stop selling fireworks when there is so much uncertainty around other seasonal spend.

But fear should never be a driver for decision-making. Sainsbury’s was brave enough to take a stand and stop selling fireworks last year – perhaps it’s time for its peers to show similar courage.