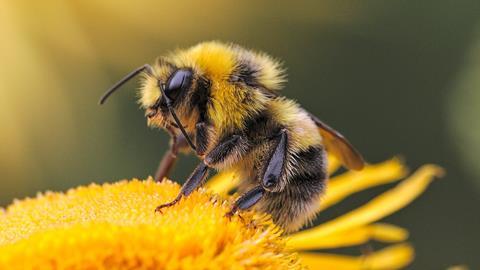 Tell it to the bees: brands must deliver on their pro-pollinator promises

It seems the media is always buzzing with bad news about bees.

“When young bees are fed on pesticide-contaminated food, this caused parts of the brain to grow less, leading to older adult bees possessing smaller and functionally impaired brains – an effect that appeared to be permanent and irreversible,” says the college’s Dr Richard Gill.

The news follows the University of Sussex’s fears last month that honeybees could struggle to forage for food in high winds – which are becoming stronger and more frequent due to climate change.

In the US, organised crime is also threatening bee populations, according to The Guardian. The country has experienced a “string of beehive heists” the paper reports. “Hives are regularly split open or dismantled, interventions that can kill tens of thousands of the kidnapped bees. The problem has become severe enough in California that certain police officers now specialise in hive crime.”

These are just the latest in a litany of woes threating bees around the globe. Their very existence is at stake. Already, the odds of seeing a bumblebee in Europe or North America, for instance, has dived by more than 30% since the end of the 20th century, according to a University of Ottawa study published in February.

In the UK, bees and other insect pollinators are responsible for pollinating around £690m worth of crops annually. But many species are in long-term decline – and that could spell disaster for food production.

No wonder, then, that the UK’s fmcg industry is trying to help our gold-and-black buddies avoid a horrible fate. There are numerous examples of retailers, suppliers and brands working to increase bee-friendly land, training beekeepers, donating cash to bee protection charities and generally touting their pro-bee credentials.

That’s lovely stuff. But all involved would be wise to bear in mind the risks of ‘bee-washing’. It’s a form of green-washing that is apparently of growing concern in the US. The term was coined to describe “the use of bees by retailers to mislead consumers” according to scientific news site The Conversation. “Companies and organisations use bee-washing to boost their image, taking advantage of the public’s lack of knowledge of native bees.”

That’s lame, to say the least. The slightly better news is the problem seems to be particular to the US, where the food industry “tends to inflate the importance of honeybees” while ignoring how vital pollinators are, The Conversation reports.

In the UK, however, the food industry has waxed lyrical about pollinators’ plight. And if they continue to do so – while following up their words with purposeful actions, particularly with regards to the use of pesticides – no one will get stung by accusations of bee-washing, hopefully.