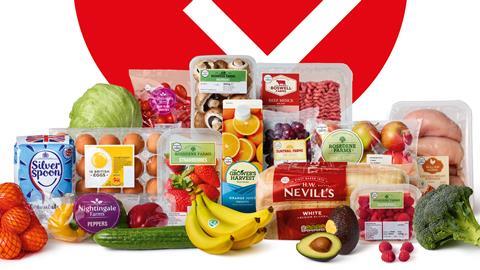 Tesco’s latest Price Match move: can it really go the distance with Aldi?

The timing of the launch of Tesco’s Aldi Price Match campaign is strange to say the least, coming as the nation – including its own sales team – goes into coronavirus lockdown mode.

At least if Tesco customers are going to sweep the shelves bare, they can do so in the knowledge they are getting Aldi prices.

But what will the impact of Tesco’s seemingly nuclear move to compete with the German discounter be in the long term? And when we (hopefully) emerge from the twilight zone, will it stop customers going to Aldi?

Tesco published a full list of the 300 products included in its Aldi Price Match at midnight. Presumably it waited until then for fear Aldi would immediately react and the matches would be out of date on day one.

As it is, surely it will be hours, rather than days, before the inevitable retaliation comes.

The two rivals have already been going at it hammer and tongs in a tit-for-tat marketing war over prices for the past 18 months. Tesco famously ended up being slapped on the wrist for misleading the advertising watchdog in September last year over its claim to be ‘cheaper than Aldi’.

Some commentators believed that round actually belonged to Tesco. The ASA did acknowledge, after all, that its massive investment in its own-label Farms and Exclusively at Tesco ranges had made some prices even cheaper than Aldi, albeit on a limited basket.

But Dave Lewis has been the first to admit that it was not the same as being cheaper than Aldi across the store.

Now, as he looks to shore up his legacy, Lewis has committed himself – or rather his incoming successor Ken Murphy – to a much wider promise, against an enemy that has vowed never to be beaten on price.

The jury is out on whether the former Boots boss will thank Lewis for that, or regard it as a hospital pass.

As one industry source put it today: “The battle for price is a boxing match and not a game of chess. This is an attempt at a tactical move by Tesco, which is all about marketing, but I expect Aldi to come out into the ring and smash Tesco over the head.”

Other experts, however, believe Tesco upping the ante is a sign its enormous investment in its own label offering makes it such a mighty opponent, it can now stand up to any punches thrown its way and come back with some of its own.

The long-term significance of today’s Price Match launch will, of course, be decided by Tesco’s customers, rather than any ringside commentators.

A lot will depend on the extent to which they forensically study the prices on offer.

Tesco says the campaign will closely follow the ASA guidelines (unlike last time, then) but admits they are focused on what it calls a “commonsense approach to product matching through the lens of a customer rather than focusing solely on technical aspects of the product.”

This leaves all sort of question marks over whether the 300 products in question are in fact directly comparable when it comes to pack size, weight and – critically – quality.

But on a positive note, at least Tesco is not any longer dodging its main challenger when it gets into the ring, unlike with its previous Price Match efforts.

While Aldi Price Match relies on prices on the shelf, it of course stirs memories of the Tesco Price Guarantee. TPG was employed as a key weapon by Lewis early in his turnaround strategy, but bit the dust as it became largely irrelevant… because it ignored the discounters.

Who will be the winner now it’s going face to face? Shoppers of course, at least initially, will welcome some overdue good news: this new chapter in the price war could see the price of everyday products reach ridiculously low levels.

As for suppliers, they will be wincing at the prospect – as if they didn’t have enough other headaches to cope with in these craziest of times.