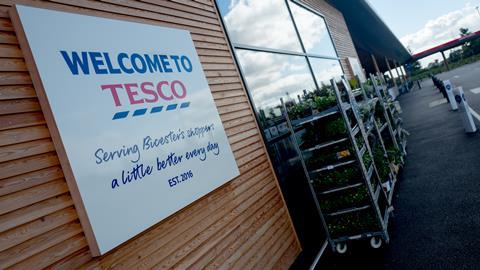 Tesco’s Metro closures reflect its failure to reinvent the format. What’s next?

And then there were three. Tesco’s property empire is set to shrink to Express, superstores and Extras, after yesterday’s news that its Metro brand is facing the chop.

It’s a further sign of new boss Ken Murphy’s determination to carry on the simplification of the Tesco businesses started by his predecessor Dave Lewis. The move means 89 Metro stores will now be rebranded as Tesco Express stores, while the remaining 58 will be rebadged as superstores.

While sad, the decision to scrap Metro appears justified. Three decades ago, the format was designed to revolutionise the store concept. Its genesis was as a store big enough to handle weekly shops and yet accessible enough to cater for the convenience shopper. However, it ultimately floundered because it was the best at neither, while being desperately ill-equipped to either take on the discounters and too small to adapt to the new drive to online.

These issues were highlighted in Tesco’s own research, which suggested 70% of its Metros were being used primarily for top-up shops and food to go, with less than a third (31%) typically being used for main shops. The changes to range and simplification of prices and promotions have done little to revive these core problems.

Thomas Brereton, senior retail analyst at GlobalData, says Metro’s fate, while already precarious, was sealed by the pandemic and the acceleration of online shopping. “It is such a key part of Tesco plans and Metro stores, because of their size and locations, are just not equipped for that.”

It’s hardly a kneejerk decision. The writing has been on the wall since Tesco launched a review of its Metro lineup two years ago, which saw them bear the brunt of 4,500 job cuts, as it rationalised their ranges and cut out swathes of management.

It could even be said the warning bells of the format actually rang earlier, when Lewis closed no fewer than a dozen Metros as part of his store cull in 2015. Others have followed, including its Portsmouth store, due to close next month.

What happens to the Metro stores in the long term is the key question. Some might eventually change hands, especially with the likes of Russian discounter Mere sniffing around for stores in the 10,000 sq ft region (the average Metro stands at 11,000).

Analysts point out that Metro stores are likely to be too small to be included in Tesco’s rollout of urban fulfilment centres, which are typically taking up anything between 12,000 and 15,000 sq ft.

That may pose particular questions for the 58 stores branded as superstores. And it will be a nervous time for all Metro staff involved, coming not just after the 2019 review but amid an exhaustive restructure of Tesco’s store management across the UK. As The Grocer revealed in March, this will see thousands of manager roles scrapped.

So far, Tesco’s comms have concentrated on the immediate rebranding exercise.  Yesterday a message to staff read: “Over the last few years, we have seen our customers’ shopping habits change and we have taken the decision to re-brand all of our Metro stores to better reflect this.”

The comments drew criticism from Retail Mind analyst Ged Futter, who suggests Tesco’s decision to call time on Metro will ultimately go down as a victory for the discounters.

“How many times can a retailer say ‘customers habits are changing’ as Tesco did this week in signalling the end for Metro?” he said.

“Customers’ shopping habits are always changing, that is what makes the industry so dynamic. This will always be the case so retailers need to look for a model that is simple, without too many different types of store, with ranges that offer what customers need with the opportunity to buy ‘special buys’. Know any retailers like this?”

Of course, it’s not just Aldi and Lidl who he refers to, nor the new Russian rival. Tesco has its own discounter spin-off, Jack’s.

Before its launch, there was widespread expectation that Jack’s stores could replace underperforming Metros in locations across the UK.

But given how Jack’s has failed so far to live up to anything like the hype, and Murphy’s moves towards rationalisation, that would appear more unlikely than Jack’s itself being next up on Ken’s chopping block.