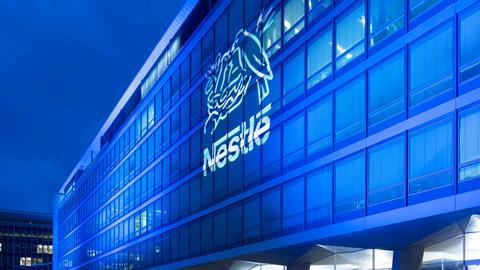 The agile giants: how Nestlé and P&G demonstrate the power of being big

Over the past decade, the grocery market has been characterised by fragmenting tastes and insurgent brands stealing a march on ‘old-fashioned’ consumer behemoths.

But this week, two of the fmcg market’s largest players have provided further evidence the tables are turning and the benefits of scale are back in vogue.

Yesterday The Grocer wrote of a rising number of profit warnings by UK listed companies in consumer-facing sectors – including retail and grocery producers – as rising costs, supply chain chaos and labour shortages hit the industry.

Suppliers from Greggs and Fever-Tree to Unilever and Heineken have all warned in recent months of margins being squeezed by spiking commodity inflation and the rising costs of transportation and logistics.

But some are likely to be able to deal with these pressures more comfortably than others.

Despite the current supply chain chaos, this morning Nestlé posted “remarkable” – in the words of Bernstein analyst Bruno Monteyne – organic growth of 7.6% in the first nine months of 2021. The 1.6% rise in prices had little effect on a 6% surge in volume sales.

Yesterday, Procter & Gamble posted net sales of $20.3bn in the three months to the end of September, a rise of 5% year on year supported by both volume and price growth.

But unlike their smaller and less diversified rivals, these giants have generally been able to navigate the Covid period in decent shape.

While suppliers with high exposure to out-of-home segments have found their businesses clobbered by Coronavirus, a giant-like Nestlé has been able to more than mitigate any drop in ice cream or bottled water sales with growth in at-home coffee consumption or petfood demand. The same applies to P&G: as beauty sales have fallen during lockdowns and working from home, cleaning and healthcare products have risen.

As those solely focused on grocery retail products now face tough year-on-year comparisons, diversified consumer companies benefit from the reopening of out-of-home eating and the return to offices and travel.

That’s not to say the big suppliers are getting a free ride – Danone, for example, has had a tough Covid period as the collapse in out of home hasn’t been compensated by the rest of its portfolio. Its management team has paid the price.

But the giants tend to have some core benefits in common. For starters, they have more durable supply chains and more automated manufacturing processes to leave them less exposed to short-term disruption.

Secondly, their sheer scale gives them deeper pockets, meaning they can absorb cost increases temporarily and pass them on later without a disastrous impact on cashflow. They are able to continue to invest in marketing and advertising to win market share where others might pull back.

While Nestlé talks of the delay between input inflation and passing on those costs on to retailers and consumers, its strong organic growth levels mean it has plenty of scope to absorb that short-term impact.

“With that level of growth, there should be pockets of operating leverage they can use to offset commodity bumps,” Monteyne says.

And finally, the scale of the business puts it in a strong position during talks with retailers about price increases – or at least a more equitable one than smaller suppliers fighting for shelf space in a competitive market of shrinking SKU counts.

To illustrate the big vs small divide, this week private label goods manufacturer McBride also said it faced passing on cost increases to retailers amid higher than anticipated inflation. McBride shares fell 2.3% yesterday and another 2.4% today, while Nestlé is up 3.1% today despite its warnings on costs.

The competition between established suppliers and smaller players has previously been characterised as smaller, nimble operators running rings around big, lumbering giants.

But as Hargreaves Lansdown points out, Nestlé’s results today show the giant “is more agile than it appears”.