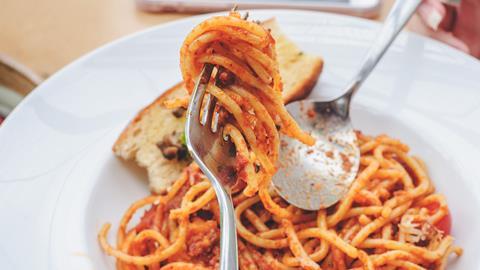 It’s been a sobering start to 2020. Having narrowly dodged a no-deal Brexit (for now), businesses and shoppers are faced with the rapidly escalating coronavirus outbreak, which is now at “very high” risk of becoming a global pandemic, according to the WHO.

We’ve already seen shortages from China, where factory closures and movement restrictions are playing havoc with exports of everything from vitamins to packaging. And that’s only the beginning, according to the Harvard Business Review, which warns the worst is yet to come from Covid-19.

It predicts the peak of impact on global supply chains will happen in mid-March, when thousands of companies in the US and Europe will be forced to reduce production or temporarily close due to shortages in parts and materials.

Elsewhere, we are also seeing problems in Italy, where some northern towns are in lockdown as they battle an outbreak – prompting Italian producers of olive oil and tinned tomatoes to start stockpiling in the UK.

There has already been an impact on UK supplies, it seems, with supermarket shelves looking decidedly bare of tinned tomatoes and pasta in some stores visited by The Grocer this weekend.

A strange time, then, to suggest that the UK should ditch domestic food production and – in the spirit of Singapore – embrace 100% imported food.

But that’s just what one senior government advisor has suggested, according to the Mail on Sunday.

His comments were, predictably, met with rage by the National Farmers Union. Speaking to Sky News, president Minette Batters argued there was a “moral imperative” to be able to produce food in this country.

Moral imperative aside, surely the chaos unleashed on global supply chains by the coronavirus is a salutary lesson on why ditching domestic production would be absolute madness?

And Covid-19 isn’t the only imminent threat to global food production and distribution. As climate change worsens, global weather is becoming increasingly unpredictable.

Australia’s prolonged drought was a major contributing factor to the uncontrollable spread of wildfires earlier this year, while massive swarms of locusts are currently sweeping across east Africa and heavy storms in south-eastern Spain have caused big losses to fruit and vegetable production.

Sure, we’ve had our fair share of rain and wind here, too. But our relatively temperate climate means extreme weather is less of a threat to food production in Britain than it is globally.

The government has distanced itself from Leunig’s comments, stressing they were “not in line” with its policy. But farmers fear its post-Brexit strategy – including diverging from EU standards, imposing strict immigration laws, pursuing a US trade deal and rewarding UK producers for environmental protection, not production – could end up having the same effect.

Which would be a real shame. Because let’s not forget we live on an island. And as the CO2 crisis showed us back in 2018, putting all our faith in imports is a very risky strategy indeed.