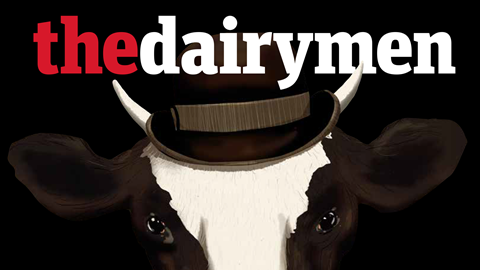 You know something big is happening in British politics when viewers choose to watch BBC Parliament over The Great British Bake Off. But that’s exactly what happened on Tuesday 3 September, as 1.5 million Brits tuned in to watch rebel MPs seize control of the House of Commons and vote to block a no-deal Brexit in October.

The drama didn’t stop there. In the days that followed, PM Boris Johnson destroyed his own majority by purging the 21 Conservative MPs who voted against him, branded opposition leader Jeremy Corbyn a ‘chlorinated chicken’ after Labour refused to back his motion for a general election and claimed he’d rather be ‘dead in a ditch’ than ask for a delay to Brexit.

Since then, things have got stranger still. MPs have passed the bill forcing Johnson to ask the EU to extend Article 50 until 31 January 2020 if a deal hasn’t been reached by 19 October, but the Prime Minister remains defiant. ‘The madder Hulk gets, the stronger Hulk gets’, he told the Mail on Sunday as he insisted Britain would break free of the ‘manacles’ of the EU on 31 October, deal or no deal. And at a meeting with European Commission President Jean-Claude Juncker in Luxembourg today, the PM “reiterated that he would not request an extension and would take the UK out of the EU on 31 October”, according to number 10.

In the midst of all of this madness comes this year’s edition of The Dairymen. Given the potentially huge implications of Brexit for dairy, it was always going to be the focus of The Dairymen 2019. But keeping up with the dizzying pace of political change has been difficult, to say the least – which demonstrates the challenge UK dairy companies face as they try to plan for the future.

But plan it must. There remain big questions over whether UK companies could ramp up processing capacity to replace imports. We also investigate what the sector has done to prepare for a potential no-deal and how a UK-US trade deal might affect our farmers and food standards. At the same time, we explore the opportunities, profiling attractive export markets for UK dairy and challenge creative agency Bray Leino to come up with a trade campaign for British cheese.

I wouldn’t be surprised if there are a few more plot twists and turns this week as the great Brexit drama continues to unfold. But as the country braces itself for an explosive showdown, I’m confident dairy will cope, no matter what.