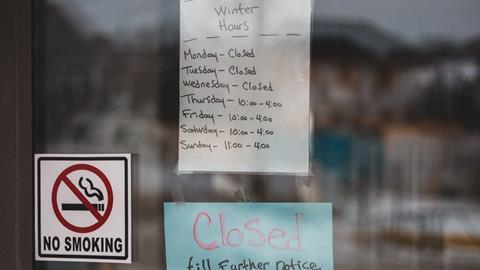 The Sunday trading debate has resurfaced. Would relaxation really help?

A week from today, stores deemed as non-essential retail will be allowed to reopen in the UK for the first time since March. The move is seen as a pillar in the government’s plan to return our lives to some sense of normality and kickstart the post-lockdown economy.

This step should be seen as a cause for celebration but is likely to be overshadowed by the re-emergence of the age-old row over relaxing Sunday trading laws.

On Saturday, The Times reported that the government was considering waiving the current rules that restrict larger stores from opening for longer than six hours between 10am and 6pm on a Sunday. There were few details in the story, but it is understood it is one a number of measures likely to be put forward as part of a multibillon-pound stimulus plan that could be introduced from next month. The supposedly temporary relaxation would be for an initial period of one year.

If is understood the story was briefed by government but what isn’t clear is why. Some observers felt it was either trialled as one element of a potential sweeping Coronavirus Recovery Bill to bolster business confidence or, more likely, ministers were getting the story out there to gauge the strength of opposition to the proposal.

What is clear already is that opposition to this move is likely to be as fierce, if not more so, than ever before. Previous bids to change the status quo, which has been in place since 1994, have been faced down by the Keep Sunday Special campaign, a powerful alliance of shopworkers’ union Usdaw, the Association of Convenience Stores and, most crucially, the Church of England.

In these matters, Labour and its MPs tend to follow the union view that a relaxation would put further pressure on shopworkers and their families. The ACS can also play the support for small business card, but historically it has been the intervention of the Church of England that has swayed enough Tory members to rebel and thus defeat the idea.

This time, it looks as if Usdaw and the ACS will have the most powerful argument. A relaxation of the rules now would be a “kick in the teeth for the key workers and local shop owners that kept the nation fed and supported their communities throughout the worst of the coronavirus crisis thus far,” according to one industry source.

The sentiment was outlined in a letter sent to business secretary Alok Sharma by Usdaw general secretary Paddy Lillis this weekend.

“Usdaw members and their colleagues have been working throughout this crisis keeping the shelves in our supermarkets stocked,” wrote Lillis. “This move to deregulate Sunday trading hours would come across as an opportunistic use of the coronavirus crisis and a slap in the face for each and every worker in retail and the food supply chain. I would hope that the government would instead spend its time exploring how we can ensure that these low-paid key workers can get the level of pay and job security they deserve.”

While lobbying over the next few weeks will be key to whether the government pushes ahead with relaxation, there are still serious question marks over whether such a move would in fact provide a boost the economy, and whether retailers really want it.

There is an argument that the only retailers set to really benefit would be the big supermarkets, who are in the fortunate (and rare) position of not needing a shot in the arm right now. As ACS CEO James Lowman said, this would “serve only to displace trade from the local shops that have been keeping communities going during this pandemic”.

But for non-food retailers, is the ability to keep shops open for a few extra hours going to encourage shoppers to flood back to the high street and send tills ringing again? It seems unlikely.

The truth is we simply don’t know how shoppers are going to react when stores reopen in the coming weeks. How will social distancing work in clothing boutiques? Will shoppers want to go to stores where they can’t or shouldn’t touch or try out the stock? Will they queue in the rain?

While retailers are contending with all this, many shoppers have also grown far more accustomed to the ease of online shopping. Looking further ahead, the biggest threat to retail is likely to be the wider economic downturn. Widespread unemployment will have a far bigger impact on retail than derestricted opening hours one day a week.

When the coronavirus crisis first took hold, there were meetings between the major supermarkets and the government in which relaxing Sunday trading was touted as a potential way to ease the pressure on retailers struggling to keep shelves full and, thus, communities fed. However, these calls quickly abated as it became clear that retailers were actually better off cutting opening hours in order to replenish shelves and give their staff some much-needed respite.

It is by no means certain that non-food retailers would now wish to avail of longer opening hours. Staff and customer safety will be crucial to them and that all comes with extra costs, such as refitting stores to enable social distancing, employing marshals on the door to manage customer numbers, installing Perspex screens and extra cleaning. Retailers are more likely to cut hours, rather than open longer, particularly if footfall isn’t strong.

There are many ways the government can continue to support retail and hopefully boost the economy, but waiving Sunday trading seems about the least effective right now. Boris Johnson and his advisor Dominic Cummings are understood to have been long-term advocates for a change – but maybe now is the time wait and see if it is needed, or indeed wanted.