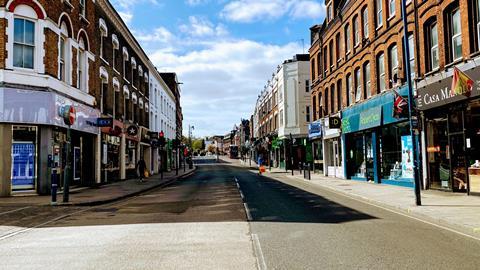 The UK’s governments have proven they cannot work together on Covid. Businesses will suffer

As food and drink businesses across England faced up to what retail leaders described as the “nightmare before Christmas”, Boris Johnson’s plans for lockdown (part two) saw thousands of companies prepare to bring down the shutters… again.

Pressured by apocalyptic warnings from his health advisers, the PM has swept aside the three-tier system introduced just two weeks ago, and with it the fragile hopes of any sort of festive recovery for large sectors of hospitality and retail.

Tragically, the measures set to come in on Thursday could spell the end for many businesses that have clung on since the first lockdown in March, despite changes to the furlough system and other government financial attempts to soften the blow.

Wholesale leaders warn the second lockdown will have a “catastrophic” impact on their sector, whilst figures from real estate advisor Altus Group suggest more than 360,000 non-essential shops will shut.

And there is no certainty this will end after a month, with Michael Gove already having warned a longer lockdown is a possibility.

This afternoon the PM apologised to businesses which he said had “fought so hard” to get back on their feet, promising the measures were “time-limited” and insisting a breakthrough in “quick turnaround testing” would enable us to “defeat this virus by the spring”.

But the disastrous failure of the test and trace programme to date, and the chaotic mess the UK’s leaders have got themselves into trying to tackle this pandemic, mean it’s hard for the industry to stay optimistic.

And it’s not just England that starts a new Covid strategy this week. Today Scotland launched its own four-tier system, which sees large parts of the Central Belt remain under restrictions as tough as anywhere in England.

But the new system was not even a day old before First Minister Nicola Sturgeon revealed it too could be suspended and the whole of Scotland moved into the same England-style lockdown, despite some parts of the country recording tiny numbers of cases.

In a repeat of the unedifying scenes which saw mayors across the north of England bargaining for extra cash from the PM a few weeks ago, Sturgeon admitted Scotland could go into lockdown now because it is the only way it can guarantee it will get the cash to pay for furlough north of the border.

Thousands of so-called non-essential shops, pubs and restaurants which would otherwise have been allowed to remain open will be ordered to close again.

Yet in Wales, stores that have been subject to some of the most draconian restrictions during the pandemic will soon be opening their doors again.

Indeed, Drakeford’s main concern, it appears, is an influx of desperate drinkers from England, where bizarrely even alcohol takeaways from pubs have been outlawed.

With such a complete lack of co-ordination between the nations, it’s no surprise industry sources say it’s become virtually impossible for them to plan for the future.

So it’s unlikely many of these businesses will take much heart from the UK governments’ combined pledge today that they will “work together” to co-ordinate their economic and health approach during the make or break festive season.

Save Christmas? Kevin the Carrot has more of a chance.