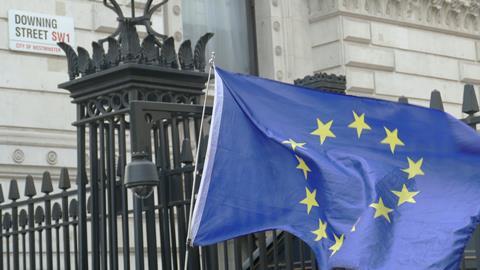 Time to end the farce. Coronavirus means we must delay Brexit

European negotiations interrupted by global pandemic, economies devastated by lockdown, national leaders out of action with illness. Not Brexit and coronavirus, but WWI peace talks and Spanish flu.

Just like today’s negotiations in Brussels, the post-WWI talks blew off course when US president Woodrow Wilson was struck down with Spanish flu. Some argued his illness let France gain the upper hand, allowing it to enforce a punitive settlement against Germany. The consequences were, of course, not good.

It is a pertinent history lesson: even essential negotiations stand at the whims of global pandemics.

Yet, the Brexit clock remains ticking, with the government insisting nothing has changed. Last week, chief Brexit negotiator David Frost confirmed on Twitter: “We will not ask to extend it [the transition period]. If the EU asks we will say no.”

But with the UK in no position for the transition period to end on 31 December, it would be prudent, not to mention sympathetic, for Downing Street to end its egregious numbskullery in maintaining we will do so. Given the state of the UK’s preparations, it is ludicrous to suggest anything otherwise.

Why? Well, for starters, most of us can’t leave our house at the moment and that includes negotiators. For all the wonders of online conferencing, its limits are quickly apparent: juddering internet connections, participants talking over one another, extended awkward silences. It’s hard enough when it’s a simple catch-up on last week’s sales figures, never mind teams of negotiators battling it out, line-by-line, over the minutiae of phytosanitary regulation.

Secondly, the success of negotiations can often turn on what happens behind closed doors, in the small encounters in the corridors and over coffee. The outcome is not simply determined by two juggernauts going head-to-head in a locked room for days on end, but the subtleties of relationships that grow between the teams through spending weeks and weeks together, developing small behavioural insights into each other that can unlock tricky conflicts. For as long as Covid-19 confines officials to their homes, this is not possible.

Then there’s a question of the actual challenges on the ground that need urgent solutions. New infrastructure at the ports, customs processes, security declarations. None of these are close to being ready.

Global haulage is in disarray, with flights grounded, shipping containers on the wrong side of the world and trade across the Irish Sea on the brink of collapse.

Never mind businesses themselves. Not only have they depleted the stockpiles built up ahead of previous deadlines, many will not have the cash reserves to renew them again. Christmas alone is looking like a sizeable challenge.

We are therefore led to a situation in which whenever the government insists transition will not be extended, businesses aren’t able to react to show their disbelief. It’s madness - and it must be put right.