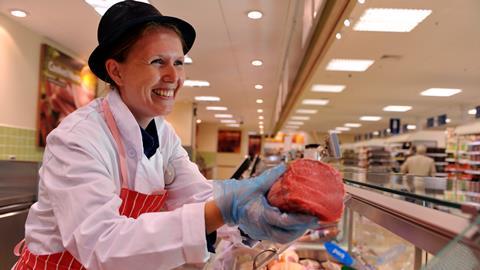 The theme for 2021 is ‘Choose to challenge’, so we are celebrating today with a look at some of the female entrepreneurs tackling the big challenges in grocery. From food waste to allergens, plastic to health, female-led fmcg businesses are coming up with some amazing and innovative solutions to the sector’s biggest problems.

And it doesn’t stop at start-ups. Women are also making a big difference in leadership roles across the sector. Just look at Co-op CEO Jo Whitfield’s tireless work to tackle shopworker abuse this year, or FSA CEO Emily Miles’ efforts to keep food supply chains safe during Covid-19, or how SWA chief Karen Betts has drawn on her diplomatic experience to resolve punitive US tariffs on scotch whisky.

Women should be commended for their contribution as key workers through the pandemic, too. According to research by the Living Wage Foundation, women represent three-quarters of workers in the four top key worker sectors: health services, social care, education and supermarkets.

That’s not to mention the often disproportionate role they’ve played at home while children have been off school through successive lockdowns.

So it’s depressing to hear women are still disproportionately affected by low pay in the UK, with 24% earning below a real living wage compared to 17% of men.

In supermarkets, 50% of women were paid below the living wage in 2019/20, according to the Living Wage Foundation report, compared to 41% of men.

Admittedly, grocery isn’t the worst offender when it comes to the gender pay gap. When mandatory reporting was first introduced in 2017, it emerged the mean average pay gap between men and women across all UK business sectors was 14.4%.

In contrast, our own research using the government data found among the UK’s 10 largest grocers, the average gender pay gap was 12%, while for suppliers it was 6.6% and wholesalers 9.5%.

Still, it wasn’t exactly a level playing field for women in grocery – with 80% of leading grocery firms paying female staff less on average than men. And sometimes significantly less, with a separate 2018 study by the Simmance Partnership revealing female sales directors working in fmcg were earning £52,000 less than their male equivalents.

Since then, there have been some signs of progress. The Simmance Partnership’s latest salary guide found female sales directors are now paid just £4,459 less than their male counterparts, which is a big improvement, although the gender pay gap across sales roles as a whole is still 6%, and women are also paid up to 19% less than men in marketing.

In the mults, too, things are changing. Asda claims in 2020 it reduced its mean average pay gap by 2.7% compared to 2019. It also saw a “significant increase” in the proportion of female colleagues in the upper two pay quartiles, it said, with women now occupying 38% of senior roles at Asda. Tesco also reduced its mean average pay gap from 12.2% in 2019 to 10% in 2020, it claims.

Unfortunately, it’s hard to get an accurate picture of the progress made across the industry, because mandatory reporting on the gender pay gap was suspended for the 2019/2020 period due to the pandemic.

One thing is for certain – some sectors of the industry still have a long way to go on equality.

In 2020, research by Meat Business Women revealed women make up just 36% of the meat industry’s global workforce and hold just 5% of CEO roles.

And the fear is Covid-19 will erase some of the progress made on gender equality in recent years, with PwC’s latest Women in Work report warning women are being “disproportionately impacted” by the pandemic. Not just because of the disruptive impact of the pandemic on service sectors with high levels of female employment, but because Covid-19 is amplifying the unequal burden of unpaid care and domestic work carried by women.

That would be a real shame. PwC notes there is a “huge prize” to be gained from increasing female employment rates across OECD countries, with a potential $6tn boost to their combined gross domestic product (GDP). Closing the gender pay gap, meanwhile, could boost OECD GDP by $2tn.

What’s more, the International Fund for Agricultural Development says if women farmers had the same access to productive resources as men, they could increase yields by 20%-30% and total agricultural output by 2.5%-4%, lifting 100 to 150 million people out of hunger.

Thankfully, there are some amazing women out there in our sector who are rising to the challenge of tackling gender inequality.

Meat Business Women – which is chaired by industry stalwart Laura Ryan – has just launched a mentoring programme that aims to “improve career opportunities for women in the global meat industry and help meat businesses develop a strong pipeline of future female leaders”.

There is, of course, a lot more that must be done to ensure we don’t go backwards on equality. So this International Women’s Day, I challenge everyone in the grocery sector – both women and men – to think about how they can make a difference.

In the words of one legendary woman who believed in change, Mother Teresa: “Together we can do great things.”