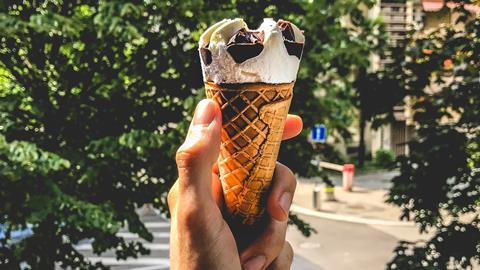 Unilever’s ban on children’s advertising is admirable, but will it make a difference?

As a child, adverts were a source of joy. Simply watch your favourite chocolate-filled, sugar-laden treat dance around your TV screen, pester your parents for a few tortuous hours and – ta da – said treat would magically arrive in your living room. What could be better?

Turns out, parents aren’t quite so convinced of their joyful properties. And in the case of sugar-laden treats, neither is the Advertising Standards Authority – which explains why it has taken a tough stance on the marketing of HFSS foods to children.

But Unilever still believes advertising practice could go one better. Yesterday, the giant vowed to stop advertising its food and beverage products to kids under the age of 12 – whether they fall into the HFSS category or not. It has set itself a deadline of the end of the year for all Unilever divisions to comply on both traditional and social media.

The move is an obvious crowd-pleaser. After all, there is something slightly unsettling about advertising to easily influenced minors, who are able to bend the will of responsible adults through sheer pester power. Indeed, food and farming alliance Sustain has already come out in favour of the decision. “It is an important step by an industry leader that they recognise the impact, and in many cases damage, of marketing to children and contribution to poor children’s health,” says deputy chief executive Ben Reynolds.

The announcement also marks a continuation of Unilever’s commitment to responsible advertising. Former marketing chief Keith Weed, who left the business last spring, was famously active on this front – calling out fake news and irresponsible ads online. This latest development shows his successor Conny Braams is equally keen to tackle the issue.

But there is a question of just how much of a difference this commitment will make on a practical level. After all, the advertising of HFSS foods to children is already banned. That means Wall’s – the first part of Unilever to embrace the changes – would only be able to market a very small part of its portfolio to kids anyway.

Even in a giant such as Unilever, there are only a small number of products that are aimed at kids, yet don’t fall under the already strict regulation. And, if they are actively healthy products, there would be a potential argument in favour of persuasive marketing.

So it’s an admirable move, but will it have any real impact? The most tangible benefit may be the resulting PR – in essence, a more responsible way of advertising.