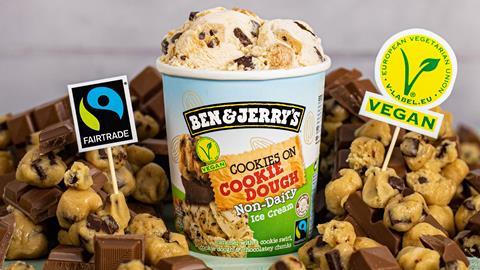 Unilever’s plant-based aim is harder than it looks

Unilever isn’t one to do things by halves. This week, the fmcg giant set out plans to achieve €1bn worth of plant-based meat and dairy alternative sales per annum within the next five to seven years. That’s an estimated five-fold increase on current levels.

Underpinning this all is an altruistic aim. Unilever recognises “the global food system is unsustainable” at present, as Andre Burger, VP of foods & refreshment at Unilever UK&I, writes this week. Of course, such a dramatic increase in sales would reap commercial rewards too.

It’s an ambitious aim – but looking at the sales figures, not unrealistically so. Hellmann’s vegan mayonnaise has more than tripled its sales to £5.1m this year [Nielsen 52 w/e 5 September 2020]. Vegetarian Butcher has similarly delivered a three-fold increase over that period to £3.1m. Unilever also regularly cites vegan variants as a factor in the growth of its Magnum and Ben & Jerry’s brands, both of which have put in a strong performance this year.

If growth carried on at this rate, €1bn would be an easy target. Trouble is, the next few years will prove the hard part.

At the moment, the plant-based category is still in rapid growth. Not everything vegan is guaranteed to fly off the shelves, as the doomed reformulation of Unilever’s former brand Flora proves. But chances are, if you have a strong product with a clear market – the vegan variants of Hellmann’s and Magnum definitely fit that definition – you will reap the rewards.

The real challenge will be keeping that momentum going as the plant-based market matures. After all, Unilever’s vegan variants may have the weight of an fmcg giant behind them, but they are still small in the grand scheme of things. Take Hellmann’s. The £5.1m earned by its vegan mayo is nothing to be sniffed at, but it still pales in comparison to the £72.2m might of standard mayo.

In this early phase, high percentage growth is to be expected. But that will be hard to maintain as these brands – and plant-based food and drink as a whole – become more familiar. Unilever will have to maintain interest in its products and fight off the growing number of rivals in this space, all of which are investing heavily in research & development.

You only have to take a look at the vegan entries to The Grocer’s New Product Awards to see the standard of innovation in this sector.

The free-from market holds some lessons here. Not long ago, a brand could deliver staggering growth simply by virtue of having free-from credentials. Today, suppliers have to work harder to get the same level of growth.

Unilever’s strong portfolio means it is well placed to deliver on its aims. But in a highly competitive and maturing market, even a seasoned fmcg giant can’t afford to sit back.