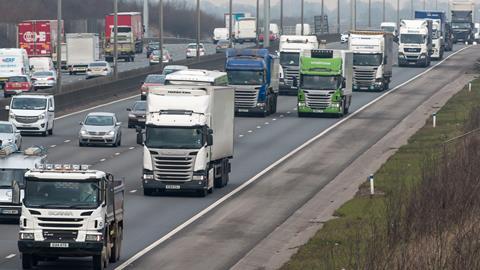 Wake up, ministers: industry is not crying wolf over the HGV crisis

It’s a bold move to accuse the country’s most senior logistics and food & drink bosses of ‘crying wolf’ over the driver shortage crisis. The shortage has seen wholesale directors resort to making deliveries in their cars and Tesco was forced to sling almost 50 tonnes of produce last week.

But those were the words uttered by transport minister Charlotte Vere during crunch talks yesterday, which had promised attendees a solution to the crippling lack of drivers.

“The system is coping and we don’t want to create panic,” Vere said.

But the country isn’t coping. And while panic is a loaded word, there are almost 50 tonnes of reasons why Vere et al need to snap into action.

One of the things noted by several of the attendees at yesterday’s “frustrating” meeting was the contrast in how the government is approaching this crisis compared with the pandemic, when a far more ‘all hands to the pump’ approach was taken.

Driver hours were extended, competition law was relaxed, and most significantly there were ‘war room’ meetings three times a week, chaired by Chris Tyas. It all helped the industry keep the nation fed under extraordinary circumstances last year.

But now, the industry is facing a different problem. Latest figures from the Road Haulage Association estimate the country is down as many as 100,000 HGV drivers. That’s a staggering number – and 30,000 more than its previous assessment.

It’s posing a major threat to the resilience of our food supply chains. And while there is no quick fix to this problem, it requires a band aid solution right now.

Earlier this week, Federation of Wholesale Distributors CEO James Bielby suggested we “call in the army” as a temporary measure – a proposal officially put to government during the 2.5-hour session.

After all, if there is surplus resource licenced in manoeuvring a heavy equipment transporter capable of carrying a 70-tonne battle tank, then now is the time to enlist them. This isn’t about shoring up commercial operations, this is about keeping the nation fed. The hymn sheet hasn’t changed since last year.

Communities living in coastal and rural locations are likely to be “hit first, and worst” by product shortages and food price hikes, according to one haulage source this week.

But as The Grocer has been reporting for the last two months, the impact of this logistics breakdown is now impacting every part of the food and drink supply chain.

Suppliers do not have the capacity to send goods to wholesale depots and this is starting to filter into supermarket supply chains. Haulage companies are continuing to cancel routes and supermarkets are receiving stock outside of their specific slot arrangements – throwing off just-in-time models. And ultimately resulting in wasted goods.

As we learnt from the last crisis, what is needed is a co-ordinated approach.

At the very least the Food Resilience Industry Forum needs resurrecting. Logistics companies and food & drink suppliers, retailers and wholesalers need a space to work together. The government must facilitate this if for nothing more than for competition reasons.

The boy that cried wolf met a grisly end. If snap decisions aren’t made now to improve this dire situation, the wheels will come off this industry and rest assured, that too will be grisly.