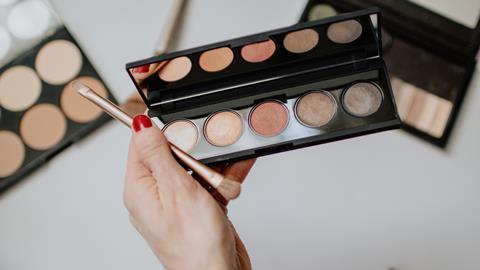 Walgreens was overambitious with Boots sale plan. Now it has to fix a neglected estate

In the world of M&A, timing is everything. And US pharmacy giant Walgreens Boots Alliance has had the misfortune of being about six months too late in its search for a buyer for Boots.

Yesterday, the group admitted defeat, calling time on the auction and blaming “unexpected and dramatic change” in the global economy for the underwhelming interest from private equity.

And while the fallout from the Ukraine conflict – cutting off access to the cheap cash needed to fund this kind of leveraged buyout – clearly played a part in the failure, the fantastical price Walgreens expected to achieve for Boots was just as much to blame.

WBA chairman Stefano Pessina, who engineered a merger between Alliance Unichem and Boots back in 2006, can be forgiven for wanting in on the action that saw PE firms slug it out for control of Asda and Morrisons last year. At that point, the juicy freehold estates and attractive cashflows of retail assets looked a good bet, as investors had mountains of cash on hand.

But what a difference a year makes.

The truth is, Boots was never going to fetch the premium price tag its owners hoped. Back in December, when news broke that WBA had hired Goldman Sachs to explore options, headlines in the media placed a £10bn valuation on the chain – higher than both Asda and Morrisons.

A former Boots executive told The Grocer at the time those expectations were laughable, with the business worth no more than £2bn given its tired and unloved portfolio of leased stores and massive pension obligations.

Alarm bells should have been ringing in March when a consortium made up of CVC Capital Partners and Bain Capital baulked at submitting a £6bn bid. CVC had seemed like a natural steward for Boots given the involvement of partner Dominic Murphy, who also has a seat on the WBA board and knows the business as well as anybody, thanks to his pivotal role in the £12bn buyout of Alliance Boots by KKR in 2007.

That was followed by a £5.5bn joint bid from Apollo Global Management (not known as an over-payer of assets, pulling out of both the Asda and Morrisons auctions when the price got too frothy) and India’s Reliance Industries. It represented the last hope for a sale of Boots – with a mooted offer from the Issa brothers failing to materialise.

But the difficulties in global debt markets and an unwillingness from WBA to accept a price that failed to adequately reflect the “high potential value” of Boots finally killed off the protracted process.

So where does all that leave Boots?

It’s hard to say, but WBA made all the right noises in its statement yesterday. It made a point of talking not just about Boots, but also the No7 Beauty Company – a possible clue that it sees the beauty category as the key to unlocking future success.

WBA CEO Rosalind Brewer highlighted the “ongoing strong performance and growth” of Boots and No7, exceeding expectations despite challenging conditions. “It is an exciting time for these businesses, which are uniquely positioned to continue to capture future opportunities presented by the growing healthcare and beauty markets,” she said.

Opportunities to maximise shareholder value from Boots would remain open in the longer term, she added. But it’s hard to see how the fallback option of returning the chain to public ownership with a stock market float is viable for the foreseeable, given current sentiment for stocks exposed to a subdued and frazzled consumer.

Tomorrow’s scheduled quarterly update from WBA will shine further light on how Boots is coping in a tough retail environment and if it has maintained the momentum from Q1 and Q2, when it registered growth of 16% and 22% respectively – albeit against poor comparators following a big drop during the pandemic.

Whatever the numbers are, it is clear the task in front of respected Boots MD Sebastian James is formidable. More investment in the neglected estate is needed, with the £300m pumped in by WBA barely scratching the surface. The introduction of beauty halls has been a game-changer but needs to be rolled out in many more shops to make a real difference, while more work is needed on the website and online operation.

A price freeze on more than 1,500 own-label products across beauty, health, wellness and baby, and an increase in deals and promotions, suggests a willingness to put up a fight against the supermarkets and discounters.

But questions surely have to remain over WBA’s real appetite for fixing Boots. Can the US giant really bring itself to show a neglected and unwanted business some love? The auction may be over, but it will be a difficult u-turn for an owner that has already mentally checked out.