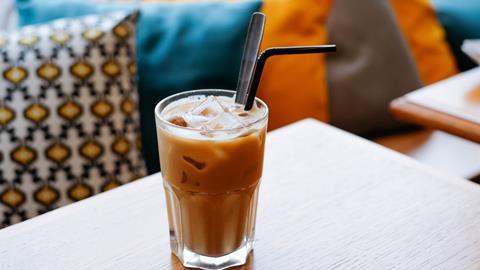 Take, as a completely arbitrary example, that Trump fella, who over the past few days has misspelled “Kentucky”, misinterpreted the First Amendment, and bragged about non-existent US-China trade tariffs. What a dummy!

He’s nearly as thick as the British bloke who last night criticised a Mashable video of a coffee stirring machine that is meant as an alternative to plastic spoons. With great snark, he tweeted, ‘Clearly, a reusable metal spoon would be too wacky a solution.’

That bloke, dear reader, was me.

Because while my comment may have been brilliantly cutting, it was – on reflection – also misguided. Not that I had been the only sarcastic troll suggesting the machine, Stiricle, was convoluted and needless. ‘Did someone change April Fool’s Day to early May and I missed it? I mean, no one actually “invented” this did they?’ asked one wag. ‘It’s a solution in search of a problem’ suggested another.

This awesome coffee stirring device will help you cut down on plastic use pic.twitter.com/G6Hp0rouLG

Wrong! It’s a brilliant and much-needed idea – an elegant piece of electronic kit resembling a clear plastic pot. It accepts one’s on-the-go cup o’ joe and gives it a darn good whizz in seconds. No muss, no fuss.

Stiricle’s inventor, US engineer Scott Amron, estimates his eco-friendly creation can agitate 50,000 drinks at a total cost of just 10 cents in electricity. Sure, it’s made of plastic, but so are the 50,000 stirrers that busy coffee drinkers would otherwise use.

For this repentant tweeter, Stiricle is the sort of smart thinking we need in the UK, where concerns over plastic waste grow by the day – at about the same rapid pace as high-end coffee houses open on local high streets.

If we don’t try an out-of-the box idea or two, our love for on-the-go flat whites and lattes won’t ever square with our desire to clean up the planet.

Yes, a UK ban on plastic stirrers looks set to come into force sometime between this October and October 2020. It’ll put an end to an estimated 316 million pieces of plastic waste – but then what are foodservice outlets to do? Wood and metal are imperfect alternatives for stirring a takeout drink, and paper is impractical.

Maybe the likes of Costa Coffee and Caffè Nero will be subject to the mooted exemption from the ban. I very much hope they aren’t and instead install a beautiful wee Stiricle by the sugar packets and napkins.