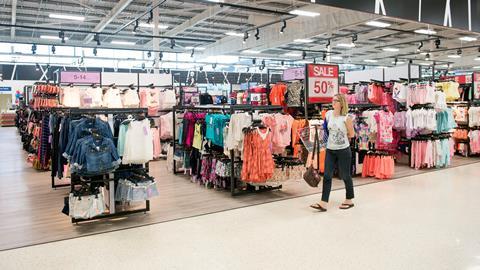 And we thought Halloween was this coming weekend. It arrived early in Wales, thanks to a horror show from the government that sums up exactly why retailers and suppliers are so exasperated at the confusion generated by hapless politicians since the pandemic hit.

Scenes of supermarkets barricading off aisles of so called non-essential products, ahead of a 17-day draconian ‘firebreak’ in the country, have to rank as among the most disturbing of the outbreak. The government’s efforts to justify the move have merely served to illustrate the mixed-up thinking behind the whole sorry mess.

Across Wales, stores have been roping off products including clothing, utensils, crockery, furniture, bedding and decorative objects for the home. Yet, as this column was being written, retailers were still locked in talks with government over whether they should be allowed to sell greetings cards, stationery, books, children’s clothing and even Halloween pumpkins.

Incredibly, Welsh ministers claimed today that guidance published on Friday was clear and evidence-based. But if that’s the case, pretty much the only non-food items that would be allowed on sale, according to its wording, are batteries, rubber gloves and lightbulbs.

On hearing Welsh health minister Vaughan Gething trying to justify the decision, it became clear that rather than being a move focused purely on preventing the spread of Covid 19, this ban was also an ill-conceived attempt to tackle what the government perceives as an unfair advantage for supermarkets over smaller stores.

Gething argued it was not right that non-food items banned in general retail and corner stores could be bought in Tesco. A logical extension of that argument would see the Welsh to step in to ban Amazon and other online companies from making deliveries, to try to secure a level playing field.

Surely, given such justification, it won’t be long before alcohol is banned for sale in supermarkets? No, Gething argued, because alcohol, unlike books, was an essential item. So at least the Brains is safe, even if they haven’t much been on display.

Such nonsense from the mouths of politicians explains why among the printable phrases used by retail leaders today about the move were “madness”, “insanity” and “nuts”.

It’s possible there could be a small outbreak of common sense today, with the indication the government will clarify the situation for at least some of the items mentioned.

Nevertheless, a full climbdown appears unlikely. And in the meantime, the ban has caused huge expense for retailers and piled more misery on shopworkers.

The Welsh government said it was up to retailers to use their “discretion” as to what items they would and would not sell. But that’s not much help to retail staff confronted by angry shoppers unable to buy clothes for their kids. As with the situation with face masks, it’s once again been left to frontline shopworkers to face the flak, with one irate shopper even running amok in his underpants.

With a petition against the moves already soaring past the 60,000 mark, the ramifications of the moves have been felt right across the UK.

Today, retail leaders in Scotland and England met with ministers in a desperate bid for reassurance that the same restrictions will not be coming their way. If those politicians have any common sense, they will steer clear of such moves, given the enormous backlash.

However, the Scottish government has already warned that when its new four-tier system comes into play on 2 November, areas that are deemed in the most at-risk (category four) tier will see non-essential retail close. Scottish ministers have said that supermarkets will be allowed to continue click & collect services for non-essential retail, but further assurances have yet to emerge.

England would seem the least likely to follow the Welsh move, but given the mixed messages Boris Johnson’s team have put out to the retail and hospitality sectors over the past six-and-a-bit months, who knows?

Meanwhile, let’s credit the Welsh government for what is perhaps a secret plan to encourage the entrepreneurial spirit. A whole new sector of online sellers are stocking up with babygrows, sympathy cards and sanitary towels, ready to sell them at a huge mark-up to the locked down hordes.