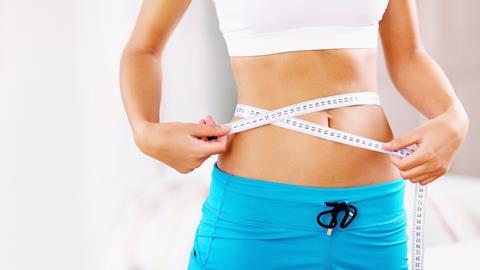 What do Katie Price and Lauren Goodger have in common? No, it’s not a string of dubious appearances on ITV2. Or even a penchant for a creosote spray tan. They’ve both fallen foul of the Advertising Standards Authority today for promoting weight loss product BoomBod.

In terms of transparency, things were all pretty above board. The #ad hashtag was clearly present in their Instagram posts involving the seven-day weight loss shot.

The sticking point here was unrealistic claims. Katie Price – who, incidentally, went on an all-liquid diet in between filming the second and third seasons of her ITV2 show My Crazy Life – was gushing that the shots ‘give results EVERY time’. Lauren Goodger took a similar tone as she posted about the ‘amazing stuff’ that gives ‘amazing results’. The ‘after’ pictures featured the standard ‘slim pose in gym gear’ – accompanied by the somewhat manic smile of someone who has spent the past week living on powdered weight-loss shots alone.

All of which has fired up the ASA. It concedes there is some clinical evidence behind BoomBod. The product contains active ingredient glucomannan, which is backed by an authorised health claim.

However, the regulator disputes whether BoomBod can take sole credit for such apparently quick, dramatic results. Crucially, neither of the celebs made clear that glucomannan aids weight loss only as part of an energy-restricted diet. “Nor did they include the additional information required by the conditions of use for the authorised claim,” it points out.

There is a body image issue at play, too. The ASA points out that neither of the two needed to shed any pounds in the first place. “We were concerned that this created the impression that it was necessary or advisable for those who were already slim to use products that suppressed their appetite,” it said.

Which raises some significant points for the weight management industry. BoomBod isn’t alone in using healthy-looking, slim influencers to rave about their products. These social posts are often the marketing method of choice. That has led to similar ASA rulings involving Jemma Lucy for Skinny Caffe and Georgia Harrison for V24 Gummies.

Arguably, the companies just need to be a bit more careful. But there is a wider question over whether this strategy is fit for purpose at all.

Because even without the regulator’s involvement, these posts are increasingly invoking the ire of the public. Take Kim Kardashian’s infamous post about a ‘literally unreal’ appetite suppressant lollipop last year. There were no false or exaggerated claims – unless you take ‘literally’ at its literal meaning – but it provoked plenty of controversy. Critics including Jameela Jamil argued that the post was promoting an unhealthy body image.

So perhaps it’s time to simply stop the promotion of weight management products as a ‘quick fix’, and instead focus on their integration into a healthy, balanced diet. But where is the ITV2 influencer potential of that?