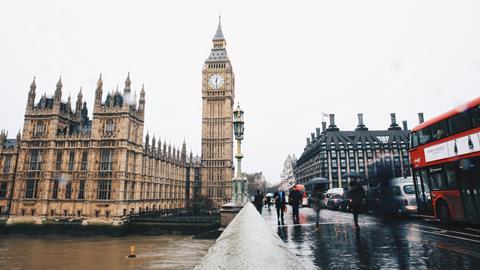 Whitehall can no longer be counted on: the food industry must deal with crises alone

It’s been a head-spinning few days at the Tory conference. It began with an audacious u-turn from arguing Brexit has nothing to do with the UK’s various shortages into being the exact reason for them, stopped for a brief boogie on Tuesday night, and finally ended today with Boris Johnson accusing industry bosses of using high immigration as “an excuse” not to invest in staff.

It’s remarkable to see a Tory government outflank the left in calling for wage increases in itself, but the takeaway message amid the government’s blame game over the current labour shortage boils down to one thing: you’re on your own. If you’re a business, government is no longer your friend.

The move is not completely out of the blue. The ideological differences between government and industry have grown increasingly stark ever since Boris Johnson became prime minister in July 2019. Supermarket bosses may have been in the room with government since the start of the pandemic, supplying data, informing policy, but the rest of the food industry can only really look back on the past two years of government talks and see it as ineffective lobbying. Despite the minor recent acquiescence on visas, the industry banged the drum on issues such as immigration, a beat the government grew increasingly tired of hearing.

The question that industry must therefore now ask itself is how it saves itself in the face of crisis? Without government support, how will it make it through not only the current labour crisis, but prepare for the next challenges of a transitioning British trade policy, the drive for net zero, or the necessary agricultural transition towards more sustainable farming?

Collaboration and integration will be key. The driver shortage, for example, will not be solved by visas, regulation, or inflated pay packets any time soon. The only answer is to make more efficient use of the drivers that are available. This means reducing demands on haulage, adapting to what is actually possible rather than straining it to deliver what was once possible, and greater data inoperability to reduce the vast number of empty lorry journeys still taking place.

On the net-zero challenge, farming is particularly reliant on future government support if it’s to make the necessary steps towards environmental sustainability. But what if this support never comes? What if the post-Brexit subsidy scheme that many are hoping will both boost British food security and reduce farming’s environmental impact ends up proving as economically vacuous as this week’s wages talk? If the Johnson government does not intervene to prevent 120,000 pigs from wasted slaughter, can it really be counted on to deliver huge investments elsewhere in agriculture?

If not, the food industry itself will have step up. Tesco’s recent tie-up with LEAF is a major boon for sustainable farming practices and could be a significant first step in helping British farmers move towards net zero. But the announcement raises significant questions about who will pay for it. For any Tesco fresh produce supplier not already meeting LEAF standards, the move will require hefty upfront investment. If it doesn’t come from government, who will provide it? Tesco? If so, add it to the long list of other inflationary pressures.

Government’s seeming step back from business makes the many challenges facing the industry that much harder. Yet somehow, the entire food chain – including the public – must figure out a way to build a food system for the future. This week’s events confirm that Whitehall is not there to be counted on. It’s going to have to figure it out for itself.