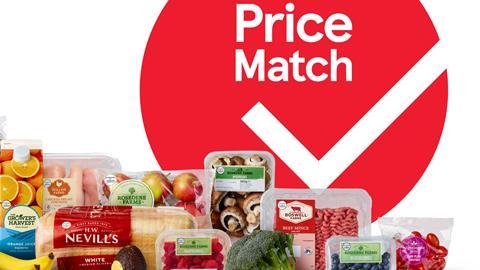 Who will win and lose as a result of Tesco’s new price war?

If suppliers thought lockdown was tough, some might want to go back into hiding after it emerged Tesco is planning a new price war with the discounters.

Sadly, while the government can tinker with social distancing and society can take baby steps to getting back to normality, there is no shielding the supply chain from the economic impact of the crisis.

As The Grocer revealed today, Tesco is clearly planning for a recession that will be long and drawn out.

It has told suppliers this will involve a huge shift in focus towards everyday low pricing, as well as a cull on supplier-led promotions, as it demands brands join its own label products in the battle against Aldi and co.

Tesco has stressed it will not allow a repeat of the years after the banking crash of 2008/9, which saw discounters Aldi and Lidl rise from comparative minnows to a potentially deadly threat to the mainstream supermarket model.

The result could be a Covid-19 Reset – a simplification of Tesco’s core offer that could prove more deadly than the virus for some suppliers, especially as the ramifications will inevitably stretch far beyond Tesco versus Aldi.

Of course, as with any war, there will be winners as well as losers. For some suppliers, the decisions that the likes of Tesco take in the months to come could provide the sort of light at the end of the tunnel wider society has been hoping for.

Likewise, any price war between these two giants will also have enormous implications for the whole supermarket sector. It will be fascinating to see where Asda, Morrisons and Sainsbury’s decide to pitch in.

If Tesco does abandon promotions and focus strictly on EDLP, will its rivals try to capitalise on a point of difference, or simply join in the melee?

It certainly makes for a fascinating last chapter in Dave Lewis’s reign. He is due to reveal how Tesco has fared during the three months we’ve been under lockdown when he unveils its Q1 results on Friday, having spent the past week facing shareholder flak over his £6.4m bonus.

Lewis, of course, has faced plenty of questions in the past and generally come out a winner.

When Tesco launched its Aldi Price Match campaign in March, there were plenty of people left baffled at the timing, including, if sources are to be  believed, some senior management at Welwyn Garden City.

With the UK about to go into lockdown, was it really the time to start throwing millions at a price war with the discounters, especially one many believe cannot be won?

Tesco clearly believes it is a war worth fighting, even if it means plenty of suppliers’ blood on the carpet.

And now, as we come out of lockdown, if Lewis can succeed, he will surely deserve to write his own cheque.