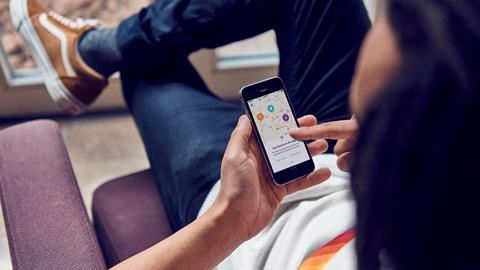 Why is Deliveroo urging the return of Eat Out To Help Out?

The closure of restaurants to dine-in customers has been a boon for Deliveroo. Consumer desire for meals cooked by someone else hasn’t faltered, with 85% of Brits saying they order food for delivery the same amount or more often than they did before the pandemic.

Furthermore, a recent Deliveroo commissioned survey found 65% of respondents were spending more on takeaways, to “give themselves something to look forward to”.

According to the company’s CEO Will Shu, the fact people are stuck at home and unable to eat out “has accelerated consumer adoption of these delivery services by about two to three years”. Users are ordering more often, from a wider range, and basket sizes have increased.

So what to make of today’s call from Deliveroo for the government to renew the Eat Out To Help Out scheme as soon as it is safe to do so?

“Restaurants are at the heart of our high streets and local communities and we want to play our part to help them reopen their doors when the economy opens up again,” Shu said in a statement today, on the publication of a letter to the prime minister urging further support for restaurants.

There is of course some standard corporate social responsibility at play. And Deliveroo has done more than its fair share recently. Last month it launched ‘Lunch for Lifesavers’, to deliver hundreds of thousands of free meals to staff and volunteers at vaccine sites across the UK.

Plus the letter does much to show restaurants that Deliveroo is on their side in what has been a devastating 11 months. Something it needs to do, given speculation it is going to establish rival dark kitchens of its own.

“Lots of businesses have taken a beating and many are still only just clinging on,” says UKHospitality CEO Kate Nicholls. The hospitality sector as a whole saw sales collapse 54% in 2020, according to the association’s analysis. The sector needs all the backing it can get. And Deliveroo is a good company to have in your corner – even more so now Tory life peer Lord Simon Wolfson is on its board.

But Deliveroo is no doubt thinking of itself too. As well as the return of Eat Out To Help Out, Shu is calling for an extension of VAT reduction, business rates relief and the furlough scheme. If the government withdraws support too early or too suddenly, it will “risk viable businesses failing just as the light at the end of the tunnel is becoming clearer”, he warned.

And Deliveroo needs those restaurants to survive if it is to survive itself. Its IPO proposition is reliant on achieving its plan to expand its service into 100 new towns and cities in the UK this year. It needs independent restaurants in smaller towns without big chains to sign up – and prosper.

A trade body poll found seven out of 10 UK pubs and restaurants fear they will become financially unviable and be forced to close this year. Deliveroo can’t afford for that to happen.

Furthermore, part of the pull of the platform for consumers is its variety. Without a broad range of restaurants available, it loses its lustre. And why sign up to its new £3.49 unlimited free delivery subscription if there’s only a handful of options?

Of course, at least some of the letter’s 330 restaurant co-signatories will be wondering if Deliveroo can do more to help them directly.

Deliveroo has scrapped its joining fee for new restaurants. And extended its pandemic-prompted 0% commission – but it only applies to pick-up orders. There has long been disquiet among restaurants about how much commission Deliveroo takes on delivered orders, something it hasn’t budged on despite the crisis. While pushing the government to do more to help restaurants is worthwhile, partners will believe there is still more Deliveroo could do.