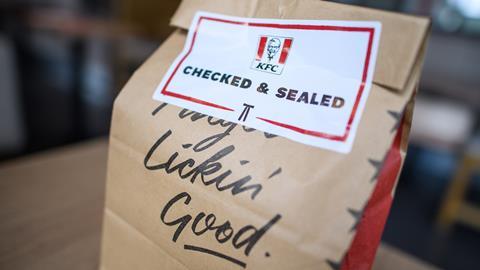 Will Brits be tempted by synthetic chicken and bio-engineered ice cream?

Having been forced to ditch its ‘Finger Lickin’ Good’ slogan from ads during the coronavirus pandemic, KFC is now planning to ditch another integral part of its personality: its chicken.

Well, kind of. The fast food giant recently announced it had teamed up with 3D Bioprinting Solutions in Russia to create “the world’s first laboratory-produced chicken nuggets”.

The Russian company is developing additive bioprinting technology using chicken cells and plant material, which will allow it to “reproduce the taste and texture of chicken meat almost without involving animals in the process”. KFC, meanwhile, will provide the breading and spices to “achieve the signature KFC taste”.

The final product – which should be ready for testing in Moscow later this year – will be “as close as possible in both taste and appearance to the original KFC product”, they claim, while also being “more environmentally friendly to produce than ordinary meat”.

Brave Robot will be available direct to consumers in the US in flavours such as Vanilla, A Lot of Chocolate, Vanilla ‘N Cookies, Buttery Pecan, PB ‘N Fudge, Blueberry Pie, Hazelnut Chocolate Chunk and Raspberry White Truffle.

It’s only the first product from Ryan Pandya and Perumal Gandhi’s newly created spin-off company The Urgent Company, co-founded with former Glanbia VP of product strategy Paul Kollesoff. The trio have ambitions to launch more foods based on the latest in plant-based or genetically modified proteins, including their own.

Brave Robot ice cream is admittedly a bit pricey at $58 for a four-pack or $80 for an eight-pack of pint tubs. But it’s more likely to tempt Brits than lab-made nuggets, our research would suggest.

That compares with 16% of Brits who said they would be willing to try cultured meat in a previous survey, with 50% refusing to consider it.

So far, KFC has no plans to launch its lab-made nuggets in the UK anyway. Instead, KFC UK is focusing on improving the welfare of its chicken and today published its first annual welfare progress report in a move dubbed ”a shining example of leadership and a proactive approach to improving the lives of the millions of farm animals in its supply chain” by Dr Tracey Jones, global director of food business at Compassion in World Farming.

Which is probably a good thing. Although it would be interesting to see if attitudes towards synthetic meat have changed among Brits. Veganuary 2020 was biggest yet and the hysteria over Greggs’ vegan sausage rolls suggests KFC’s new nuggets might stir up some excitement.

Especially if they do taste as finger lickin’ good as the real thing.