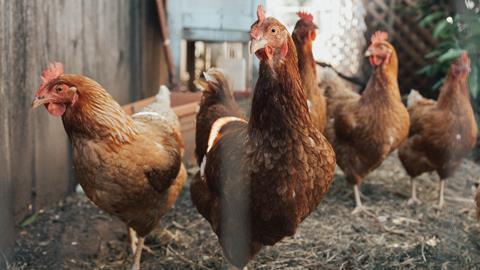 Will Defra or DIT come out on top in food standards struggle?

Forget Fox vs Gove. The real battle over Britain’s post-Brexit food standards has only just begun.

Environment secretary Theresa Villiers, it emerged this week, has been warned by Defra officials to expect “significant pressure” from the Department for International Trade to weaken food standards after Brexit in order to secure a trade deal with the US.

Doing so would severely limit the UK’s ability to negotiate a post-Brexit trade deal with the EU, it warned. “Weakening our SPS regime to accommodate one trade partner could irreparably damage our ability to maintain UK animal, plant and public health, and reduce trust in our exports,” said an extract published by Unearthed.

If it’s genuine, the leaked document confirms what many have already suspected – there are growing tensions between Defra and the DIT when it comes to post-Brexit food standards. And while Villiers and Truss are putting up a united front in public, their opposing views on the matter make you wonder what’s going on behind closed doors.

Are post-Brexit US dairy imports really something to fear?

Villiers is a staunch animal welfare advocate and has long argued the UK should maintain – or even improve – its standards when it leaves the EU. In 2017, she tabled a parliamentary debate on the issue, arguing the UK should not be afraid to “ask those countries who wish to sell into our market to commit to acceptable standards of animal welfare”.

“Quality, safety, traceability and compassionate treatment of animals should all be at the heart of the UK’s post-Brexit brand for food and farming,” she said.

But Truss has always been a proponent of trade liberalisation and deregulation. In 2016 – during her tenure as environment minister – she was the driving force behind a Defra bid to ditch statutory codes on farm animal welfare and move to industry-led guidance.

And while she was forced to make an embarrassing u-turn on that particular issue, Truss has reportedly just convinced Boris Johnson to scrap a commitment by Theresa May to stick to EU rules on the environment, safety standards and workers’ rights.

So if it came down to it, I’d put my money on the DIT vs Defra for the win. If Villiers decided to fight her corner, she’d probably have the support of the British public – who have made their opposition to chlorinated chicken and hormone-treated beef pretty clear.

But Truss would undoubtedly have the support of the PM, who is relying on a US trade deal to take the sting out of a messy divorce with Europe.