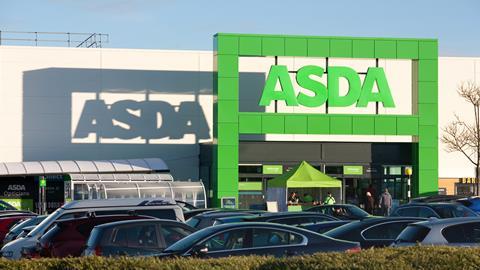 Will Walmart’s sale of a majority stake in Asda solve the retailer’s problems?

From plastic-free food dispensers in the aisles, to in-store holograms and even Greggs on the go, Asda has thrown pretty much everything bar the kitchen sink at innovating in its stores so far this year. And that’s without even mentioning its (not entirely successful) attempts to retain price competitiveness with the discounters.

The past few months have been a huge contrast to the virtual lockdown under former CEO Sean Clarke, which saw Asda retreat into a defensive shell, followed by a further long period of blackout while it worked on its doomed plans with Mike Coupe and co. It’s been like night and day.

It was almost as if current CEO Roger Burnley was keen to attract investors who would see the potential of Asda to reinvent itself.

Of course, only the cynical would suggest Asda’s battery of “test and learn” initiatives announced since the blackout was lifted – also including the rollout of one-hour click & collect, new food to go counters, sushi bars and a Just Eat tie-up – was about flushing out private equity cash.

But the announcement that Walmart was in talks with a number of interested parties over selling a majority stake in the retailer could signal that its previously projected path of an IPO, said to be some years away, might not necessarily be plan B after all. A deal could come much sooner.

The big question is this: Can private equity funding  – or for that matter shareholders’ cash from going public further down the line – help Asda with its more fundamental challenge of taking on a brutally competitive set of challengers, not least Aldi and Lidl?

Its recent lacklustre results, despite a chink of light in the form of strong online growth, saw it suffer a worse Christmas performance than most of its rivals. It reported a 1.3% decline in like-for-like sales in the fourth quarter, despite the frenzy of in-store activity.

Asda has shown good intent in taking the fight to its rivals and setting the agenda. But can its ownership talks prove a game-changer like it hoped the merger with Sainsbury’s would be?

And if private equity money does come flooding in, will their demands for returns lead to more innovation or, more likely, in swingeing cuts to staff and management, as they look to take costs out of the business?