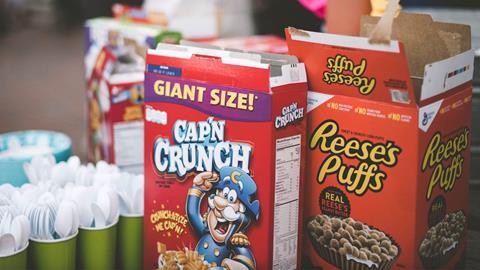 Would a US trade deal lead to more obesity in Britain?

When Henry Dimbleby wrote the first part of his National Food Strategy earlier this year, he said any trade deals must not cost the UK “the high environmental and animal welfare standards of which our country is justly proud”.

“There is apparently evidence that the number of highly processed sugary foods consumption went up in Mexico because they were exposed to the advertising budgets of the American corporations,” said Dimbleby. “Do a deal with America and suddenly Hershey’s posters are on every bus and every bus stop.”

Dimbleby is almost correct on the first part. US food exports to Mexico increased by more than 700% between 1989 and 2012, with highly processed sugary foods making some of the biggest gains. Mexicans tripled the amount of money they spent on US food and drink during that period and there is a strong correlation with increased obesity in the country. “Our results advance the idea that the US has exported some of its obesity epidemic to Mexico,” wrote the authors of a 2013 study “Exporting Obesity”.

But comparing Mexico of 1994 to the UK in 2020 is a risky game, and this one’s off the mark. The authors of the 2013 study pointed out that a rise in obesity is common following certain trade deals as rising incomes lead to changing diets that incorporate more unhealthy foods high in fats and sugars. It is particularly common in developing economies which, the researchers speculate, is because such foods are associated with western lifestyles and are heavily advertised.

But as one of the world’s largest economies, the UK is not in the same situation. We are not ripe for the “nutrition transition” as described in the paper, as we are already consuming the high volumes of unhealthy foods which countries transition towards.

Dimbleby’s claim the UK could suddenly be subject to greater US advertising on junk food also appears mislaid. While it is seemingly correct Mexico became “exposed to the advertising budgets of the American corporations”, the UK is already home to many of these companies who will unlikely be chomping at the bit to expand into a new market.

And should more arrive to start touting their wares in the UK following a trade deal, they would still be subject to UK advertising law which has far stricter rules governing the promotion of high in sugar, salt and fat (HFSS) products than those in Mexico in the early 90s, one would assume.

That’s not to say that a US trade deal would have no impact on obesity in Britain, of course. Trade secretary Liz Truss, who was also on the panel, insisted that when negotiating trade agreements “we are not going to be changing UK food standards, which dictates how much fat there is in baby milk and other rules and regulations.”

But with ministers thus far refusing to include legal protections for UK food and animal welfare standards in law in the Agriculture Bill or Trade Bill, there is no guarantee that our existing rules and regulations will remain untouched by future trade negotiations. Heck, even the government’s long-promised obesity push and advertising restrictions could be up for grabs if the trade-off was deemed worth it.

So Dimbleby is right to try and broaden the debate on the impacts of a US trade deal on food beyond the well-trodden ground of animal welfare and the environment. It is these such types of unforeseen impacts in trade deal that need examining in depth, and will hopefully be considered by the likes of the trade and agriculture commission, even if, as Dimbleby points out, it currently lacks any of the health expertise required to do so.