Grocer of the Year: Lidl 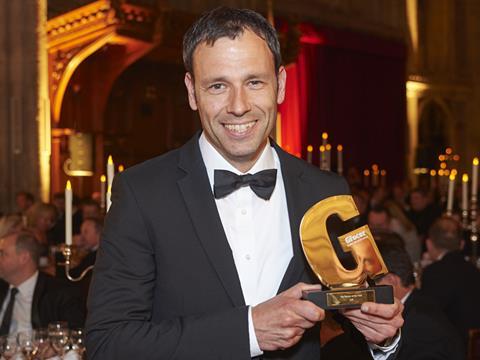 2014 was a fantastic year for Lidl. Twenty years previously it opened its first store in the UK and, in its own words, over the years that followed it was “stigmatised by the British public as being a discounter, selling sub-quality own-brand foreign products at low prices”.

That’s all changed. And customers are flooding in as a result. In 2014 Lidl smashed through the £4bn sales barrier for the first time, up 20% year on year for the second year in a row. In terms of provenance, Lidl says £1.7bn of that £4bn is from British products. In terms of product quality, at The Grocer Own Label awards it won 13 gold, 23 silver and 55 finalist awards, making it the most successful retailer. In short, even if the British hit the nail on the head back in 1994, Lidl has come a long way.

But if the journey has been an evolution to a degree, in 2014 Lidl markedly changed gear. Take its marketing, for example. Traditionally Lidl had relied on leaflet drops and sporadic ads on TV and in print to advertise its offers. In 2014 it splashed out £30m on a huge campaign (#Lidlsurprises) to spread the word on TV and digital.

The results of its TV campaign were impressive. The first ad of the campaign saw shoppers pick up artisanal bits and pieces at a ‘farmers’ market’ only to be surprised at how cheap they were. They were then further surprised to discover that these items were stocked with Lidl products.

The campaign won a number of plaudits, while a follow-up campaign for the festive season - featuring a Christmas feast - scored highest in a survey by Milward Brown when consumers were asked whether an ad would make them more likely to buy from that grocer.

Arguably it scored even better with its digital activity. Embracing Twitter and Facebook it plastered positive tweets and Facebook posts from consumers across the media and in stores, hanging from the rafters and on fixtures and fittings. It also issued swift and witty ripostes to rivals like Morrisons and Sainsbury’s, using press ads and social media.

“We shifted from old traditional to modern media and have taken it to a new level,” said UK MD Ronny Gottschlich after picking up the award last night. “We only used real people and real reactions and that set us apart.”

Opening up in this way, while improving the quality of its selection and also its in-store experience, delivered customers through Lidl’s doors in droves. The discounter says customer numbers jumped up 15% year on year, 250,000 of which were from AB households. And research from Him! said nearly half of UK households shopped at a Lidl store between November 2013 and November 2014. Furthermore, 30% of shoppers were now going to Lidl to do a full shop as opposed to snapping up a pack of Parma ham.

Yet with all the changes taking place over the years, one thing has remained exactly the same. Lidl is cheap. In its recent guest appearance in The Grocer 33, in December 2014, it was 19% cheaper than nearest rival Asda and 46% cheaper than Waitrose. Add it altogether and it’s a well deserved first win for a grocer making confident moves forward in a market where rivals are struggling.

Remaining modest Gottschlich says he was “absolutely not expecting this. I didn’t think we would win. I’m really flattered and surprised.”