10
Entrepreneur of the year
The Grocer Gold Awards 2016

Entrepreneur of the year 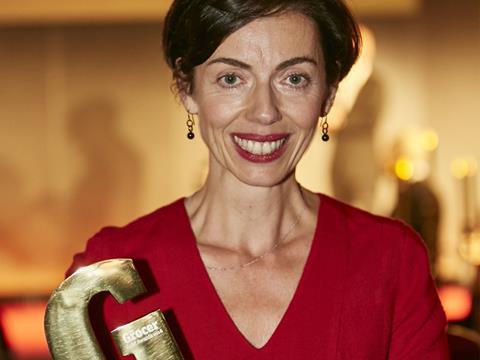 Shaking up a category historically dominated by multinationals and aiming to fundamentally change consumer behaviour Henrietta Morrison has “pretty much created and ruled the sub-category of gourmet pet food”.

It’s “a great story”, said judges. Over the past seven years, “Henrietta’s vision and amazing sense of purpose” has transformed Lily’s Kitchen into a business with UK sales of more than £20m and attracted the multimillion-pound backing of US private equity firm Catterton in August 2015 to go global.

Judges praised her for “bringing a standout offer to a competitive market” and being “a true trendsetter and rule breaker”, while another said “identifying the right wave and riding it successfully identifies a true entrepreneur”.

Lily’s Kitchen recognised, despite the pressure on consumer spending in recent years, that families were willing to spend more on quality products for pets. The tendency for pet owners to treat their dogs and cats like children has seen highly processed, mass-produced petfood challenged by a growing number of brands producing natural products packed with pricier chunks of real meat.

Morrison claims Lily’s was the first UK company to only use fresh meat in prepared pet food.

NPD has come to define the brand, with 26 recipes launched in 2015, including hand-baked ‘superfood snack bars’ for dogs. And there are 80 new recipes in the pipeline for 2016.

A social conscience has also been an important part of the business for Morrison, supporting hundreds of animal charities and becoming a founding member of B-Corp UK - a collection of companies united in their desire to use business as a force for good.

“It is a great journey so far and Morrison is taking it to the next level through international and new categories whilst staying true to the brand’s core values,” was the view of the judges.