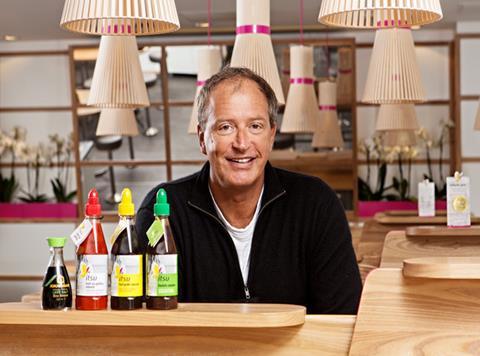 Metcalfe is perhaps most famous for co-founding Pret A Manger in the 1980s (and selling 33% of it to McDonald’s in 2011) but his adventures in food don’t end there. He also founded Asian-inspired chain Itsu in 1997, which now has over 60 outlets, and Metcalfe’s Food Company in 2010 alongside former investment banker Robert Jakobi.

The company started off selling a range of low-calorie snacks like popcorn and rice cakes under the Metcalfe’s Skinny brand, and a range of noodles, soups, and snacks under the Itsu brand in the major mults. It started running the two brands separately in June 2015.

Further growth is expected across Europe and the US after Kettle’s US owner Diamond Foods took a 26% stake for a reported £3m in January.