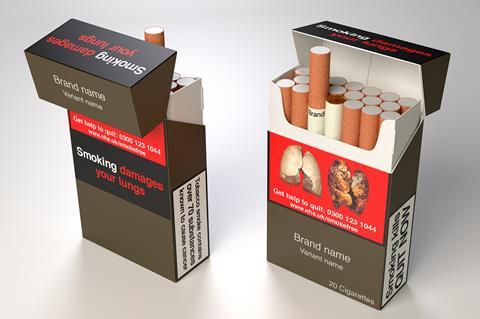 The Association of Convenience Stores has slammed HMRC for giving retailers a three-week window to apply for their tobacco track and trace codes ahead of the new regulations coming into place.

From 30 April thousands of small retailers will need to apply for their unique identifier codes in order to be compliant with new legislation after 20 May.

“We have been frustrated with the lack of information and frequent delays to the process for retailers being able to apply for codes,” said ACS chief executive James Lowman.

“Three weeks is not a long time for thousands of small shops to comply with the regulations, especially if there are problems with the system and confusion around the application process. We will do all we can to provide retailers with the information and advice they need to be able to apply for and receive their codes without any further delays.”

A spokesman for HMRC said the track and trace service provider De La Rue started testing the system last week and has been carrying out end to end testing with a number of businesses. There is also a year-long grace period for selling through non-compliant.

Retailers will only begin to receive their codes from 10 May.

One Stop retailer Sunder Sandher tweeted: “That is so crazy, many retailers will miss the deadline.”

James Bielby, chief executive at the Federation of Wholesalers said the announcement has been “a bit last minute”, but this was unavoidable given the preparation going on behind the scenes.

“The timescale could be a lot worse,” commented Bielby.

Although wholesalers are given the option to register their customers, The FWD believes all retailers should apply for their own codes and not rely on their wholesaler to do it for them.

Bielby added: “To avoid confusion and duplication we believe retailers should be applying for their own codes. Retailers will have multiple wholesalers and knowing who has registered whom will get complicated.”