Top New Talent: should your name be up in lights?

Top New Talent is your chance to stand out from the crowd. Whether you’re a brilliant supermarket buyer, a whizzkid of wholesale or an exceptional entrepreneur going it alone we want to hear from you. As these 12 TNT alumni will tell you, it’s a fantastic opportunity to showcase your skills, mix with the great and powerful of food and drink, and – most importantly – mingle with your fellow future stars of grocery.

Good choice. Now go here and follow the simple instructions. Tell us the name of the person being nominated, who they’re being nominated by (unless you’re putting yourself forward) and the reasons they deserve a spot on the 2017 TNT lineup. Be prepared to back this up with evidence - numbers, stats and tangible examples of their success. And if you’re nominating yourself please add a third party testimonial to your submission too.

Other than that, there are only two criteria: the person nominated must work within the grocery retail/fmcg industry; and they must be under the age of 35 at the time they are nominated.

The deadline for entries is 22 September. It’s completely free. As is the exclusive VIP event you’ll be invited to if you’re selected as one of our winners, which will take place on 13 November at the Royal Society of Arts on London’s Embankment.

And after the event, profiles of all the successful entrants appear in a TNT special edition of The Grocer (as well as online). 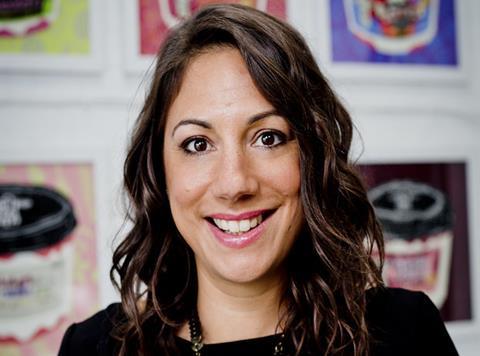 I featured in the first Grocer TNT when I was Commercial Director at Gü Puds. Since then I’ve gone on to Co-found The Collective. We are six years into our journey now and have just been recognised by the Grocer as Dairy Supplier of the Year, we are on a mission to bring tasty, innovative yoghurts to the shelves of the UK supermarkets.

I’d definitely recommend you either nominate someone in your team who you think is shaking things up in the food and drinks industry or put yourself forward. Young talent is the future of our industry and it’s a fantastic recognition to mark a stage in your career. I also met lots of new faces at the celebration evening, many of whom I’m still in touch with now. 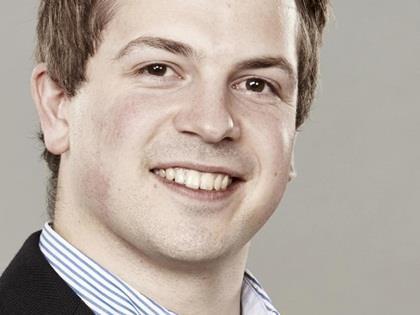 Being selected in the TNT line up was an enormous honour for me, for me it was fantastic to receive recognition for my work and a real motivation to keep trying to push things forward. I really enjoyed the event and to be considered in the same line up as the other people on the list was very humbling.

Since TNT I was given the opportunity to move to the company’s International Head Office in Neckarsulm, Germany to take on the role of International Head of Wine Buying, a position I have been in since March 2016. It means I am responsible for the key international wine negotiations and strategically involved in the wine ranges of all of Lidl’s 26 countries. 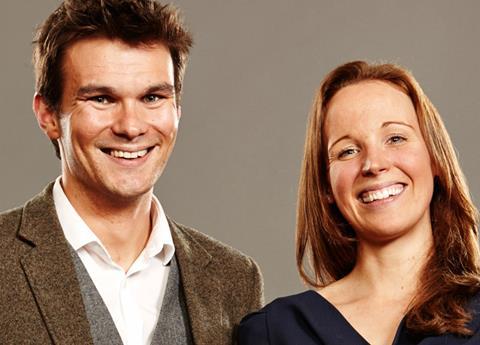 When we were listed in the TNT in 2014, we had just opened our first Modern Meat Shop in North London. It was amazing to be listed that year and to meet the other winners on the night. We also rubbed shoulders with some industry big-hitters like Paul Lindley, so we were nicely star struck on the night too. It was a real confidence boost for us and the award is still here on my desk next to me.

Since then, we’ve opened three more shops (with the fifth opening in September), built a larger production factory in East London, and quadrupled turnover to £1.1m. 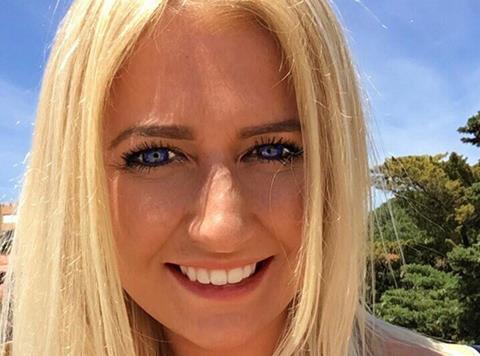 Being recognised by The Grocer at such a young age was amazing, and shortly afterwards I was delighted to secure a place on the prestigious Mondelēz International Commercial Graduate scheme. TNT helped me stand out from the crowd and land one of the best jobs in FMCG.

The Mondelēz International Graduate scheme has allowed me to make cross-functional moves and understand the business from the ground up, in a dynamic and fast-paced global organisation. It is also where I have made some really good friends and excellent mentors, I’ve loved every minute so far! 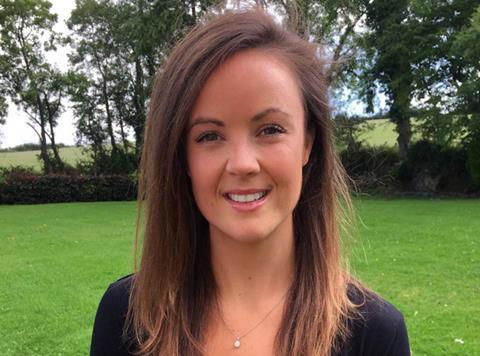 Quite a lot has changed since I won the award in November last year. A few months after TNT I made the decision to pursue my career in a new frozen food start up, Strong Roots, rather than taking on the challenge of Commercial Director at Bear Nibbles. I have always wanted to introduce a brand in to the UK and meeting leaders at TNT such as Pip from Pip & Nut and Ed from Candy Kittens really spurred me on to make it happen.

I would definitely recommend entering the awards- the FMCG industry is surprisingly small and some of the contacts that I met through the awards have been invaluable both in helping me gain traction in key retailers and guidance on my own career. 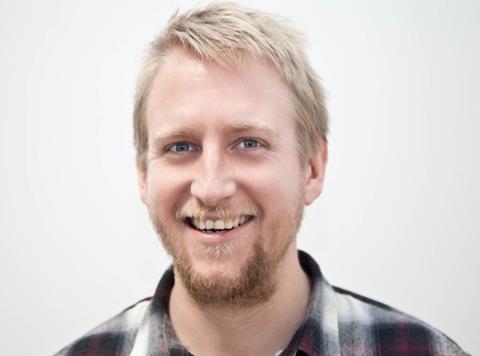 I would absolutely recommend that you enter people for the TNT, or enter yourself. It is a great night and way to meet other young, ambitious leaders as well as raising your profile within the food Industry.

I don’t work to win awards, but it was certainly nice to be recognised for the work we are trying to do with charities across the UK and it was interesting to be part of a line up with future leaders from across the food industry. I made a lot of contacts through being part of the line-up. 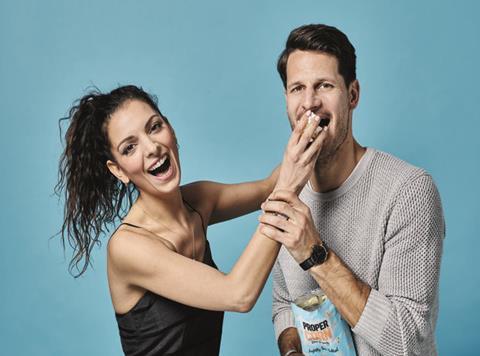 October marks our sixth birthday at PROPERCORN and two years since we received our Grocer Top New Talent award. In the space of six years we’ve grown from kitchen table start-up to kitchen cupboard staple and in two years, we’ve proudly watched as PROPERCORN has grown into a full-fledged SME. Our team’s nimble and entrepreneurial approach to business has seen us lead the category with an unfailing passion for popcorn and we’ve seen incredible support from The Grocer TNT network throughout this journey. 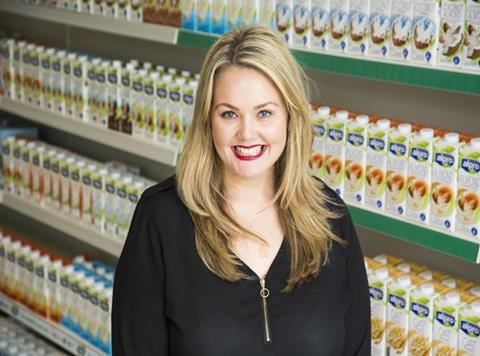 I was proud to be selected alongside such a host of talented people. It has been a huge honour to be on The Grocer’s list of Top New Talent, which are a great opportunity to highlight the fantastic work that is being done across the food and drink industry. 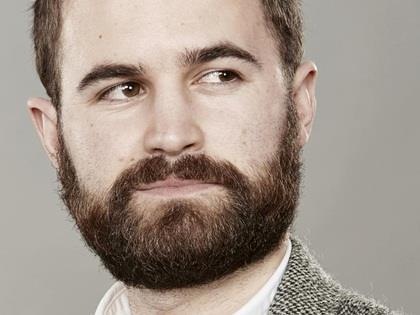 The profile boost from being involved with TNT has helped to start conversations with new customers as well as developing our relationship with The Grocer, and since being part of TNT, my career has progressed significantly.

We have now opened up export markets in Hong Kong, the Middle East and the US as well as expanding our availability by over 2,000 stores in the UK and Ireland.

In January 2017, I gave a speech at the Oxford Farming Conference on the topic of the importance of exporting for the UK farming industry. I was the only speaker under the age of 40 and the first speaker from Northern Ireland in over 10 years at the UK’s most important agricultural conference.

I was also named Northern Ireland Young Business Person of the Year by the Belfast Telegraph earlier this year. 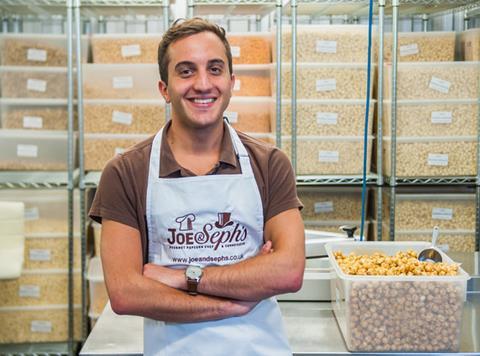 When I heard that I was on the TNT list, I was flattered and excited! I was new to the grocery industry having only launched Joe & Seph’s in 2011 and to be recognised as Top New Talent alongside such great other talent was a real stamp of approval for me and our team. The TNT event also gave me the opportunity to have some great conversations with supermarket buyers as well as other food and drink businesses, many of whom I still catch up with regularly today.

Since being lucky enough to be included in the TNT list Joe & Seph’s has gone from strength to strength with new listings in grocery in particular with Waitrose, Holland & Barrett and Sainsburys and extended listings elsewhere. We have also launched a new range of indulgent caramel sauces alongside our range of gourmet popcorn, as well as launching more ‘world first’ innovation most notably with our official Marmite popcorn under license from Unilever and our alcoholic popcorn range too.

Everyone should enter to the TNT awards! Our whole industry reads the Grocer and so the award is really helpful in raising your profile and that of your brand too! 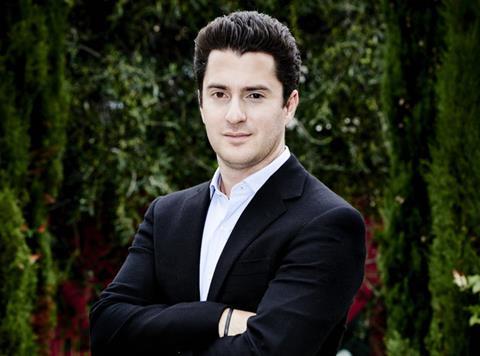 It was a great honour and privilege to be included in the TNT line-up. Everyone selected on the list was very impressive and I would recommend anyone who is bright, talented and successful in their industry to enter. The Grocer is such a respected organisation in the industry so I genuinely believe it will give anyone selected much needed credibility amongst their peers.

I was the CEO and co-owner of Metcalfe’s Food Company when I was included in 2014 - then the fastest-growing, privately owned food and drink company in the UK. Then in April 2017 I founded BOU, a new, better-for-you bouillon cube in partnership with the largest bouillon cube manufacturer in the US. We’ve gained huge traction with New York / Tri State retailers over the past few months with distribution through UNFI and Kehe. We’ve also recently secured a national listing with Whole Foods out of category review, and will be launching an entire range and NPD in September. 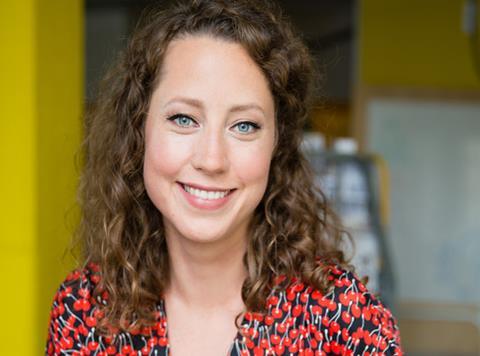 Scaling a start up can be challenging at the worst of times and completely exhilarating at the best so being part of TNT was a fantastic chance for not just me but my whole team to stop and take stock of just how far we’ve come since launching Pip & Nut only 2 years prior to the award. Rubbing shoulders with a peer group was also really inspiring from a personal perspective and reaffirmed the reason why I love this industry so much.

Since TNT Pip & Nut has gone from strength to strength. We’ve broadened our distribution both within the UK and internationally, launched into new categories with our almond milks, doubled the team and we’re now on track to grow by almost 100% from the previous year in 2017.

TNT has been great for raising our company profile to both existing and new buyers, current and future employees and other businesses and I’d highly recommend anyone considering putting their name forward to do so - nothing ventured, nothing gained!