A rough year for juices but smoothies fly 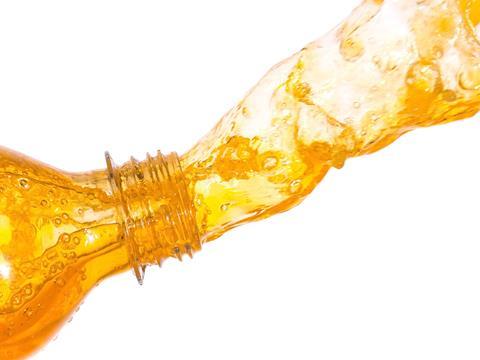 Anyone in the juices, juice drinks and smoothies game has had to learn to take the rough with the smooth this past year. For as sales of smoothies surge, the rest of the market is struggling, driving a £48.4m category loss.

The challenges for juices and juice drinks can be summed up in one word: sugar. As the backlash against the white stuff continues, overall category volumes have sunk by nearly 50 million litres, in spite of many players’ push towards low and no sugar alternatives.

Still, we’re talking greater share of a smaller market. Capri-Sun has suffered the greatest loss of the year, down £12.6m, despite the launch of a no-added-sugar range following Tesco’s 2015 delisting of full-sugar kids drinks including Capri-Sun, Ribena and Rubicon.

The next greatest loss was Tropicana, down £7.3m, and low-sugar juice Trop 50 lost £3.9m. However it’s worth noting that Tropicana was down £17.5m a year ago, suggesting new ads trumpeting Tropicana’s vitamin and mineral content could have helped.

It’s this sort of positive marketing - focusing on the good stuff a product contains, not the bad stuff that’s been taken out - which is driving the explosive growth in smoothies. The only top 10 brands in growth are Innocent, thanks primarily to its smoothies, and PepsiCo’s Naked, up £17.7m and £12.5m.

Innocent says Gorgeous Greens is now its third bestselling smoothie in most retailers and it has also reformulated its Invigorate super smoothie to make it look more ‘vibrant’ by adding matcha. “The sales we’ve seen on the back of recipe changes go to show just how important it is to run a business that really listens to what its drinkers have to say,” says MD Nick Canney, adding the smoothies are up in double digits.

Like Innocent, Naked is tapping the superfood trend with NPD including Acai Machine, Protein Tropical Punch with 20g of soy protein, and fruit & veg blend Berry Veggie. It’s the first year PepsiCo has invested in advertising and marketing for the brand, targeting millennials to drive trial and awareness and sending value sales soaring 48.7%.

The focus on smoothies has another driver: they strike a chord with younger, more affluent shoppers. “Smoothies attract a younger audience concerned about health and wellbeing. They like it that smoothies provide a way to get fruit & veg into their busy lives,” says PepsiCo marketing director Jeremy Gibson.