Ice cream up £32m as Brits go for luxury

Thanks partly to the twin heatwaves Britain enjoyed this summer, an extra £31.7m of ice cream was shifted 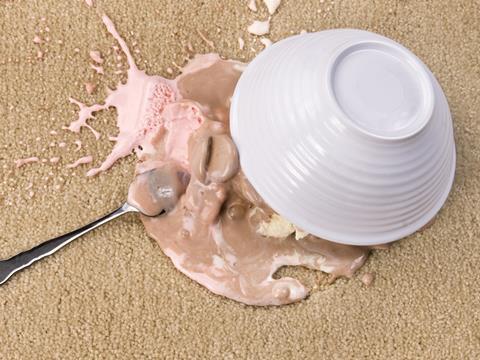 Thanks partly to the twin heatwaves Britain enjoyed this summer, an extra £31.7m of ice cream was shifted. But shoppers don’t just want to cool off. What with all the exercise and clean eating they’re doing more of, at times they want to indulge. Ice cream’s top players are happy to oblige.

Peanut butter was flavour of the year, featuring in NPD from Magnum Double, Core and Feast (all three are up). Ben & Jerry’s also delivered an extra £3.3m by going into handhelds with ’Wich, now the market’s 18th-biggest product. Unilever brand building director Noel Clarke adds that investment in sales force and freezers has also helped.

Unilever wasn’t alone in paying handhelds fresh attention. Häagen-Dazs launched luxury Stick Bars in February via the convenience sector in a bid to further premiumise the sector, though it’s so far racked up just £656k.

But 2016 wasn’t all sunshine and lollies. Cornetto lost £2m as Brits traded up and R&R’s Dairy Milk and Crunchie were hit by controversy over recipe changes. Dairy Milk’s £2.5m loss is despite the March launch of the Marvellous Jelly Popping Candy stick, but offset by growth for Oreo and Flake, driven partly by a fall in average price.

More deals on premium tubs such as Ben & Jerry’s Core and Häagen-Dazs have driven growth, at the expense of Wall’s vanilla sales, though Kelly’s continues to do well - while Premier Foods launched Ambrosia Frozen Custard (though sales are just £263k). “Premium’s now a third of all ice cream sales,” notes Ambrosia brand director Grace Liljemark.

Still, indulgence is a delicate balancing act, given health concerns, an issue Unilever has tackled head on in 2016 by ensuring 80% of its handheld ice creams now don’t exceed 250 calories per portion and launching smaller packs of some of its biggest brands.

But there are many ways to skin a cat, as Alpro’s October debut of a three-variant free-from range in 500ml tubs and low-sugar brand Oppo’s rise to 22 in the ranking proves. As the first dairy ice cream in Europe that can legally be called healthy, claims Oppo founder Charlie Thuillier, “we passed last year’s revenue in three months. We’re on track to hit 400% growth in 2016/17.”