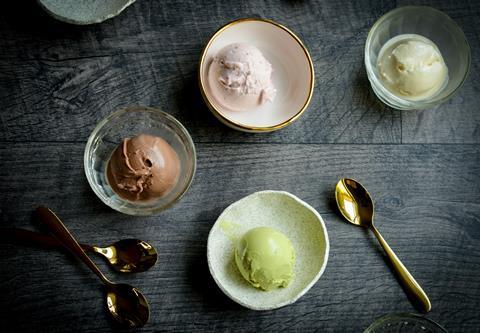 Talk about a washout! Last summer’s heatwave was “almost tailor-made” for massive ice cream sales, as Froneri customer marketing controller Henry Craven puts it. In fact, the category added an extra £150m or so. By comparison, the most significant rise in 2019 was in average weekly rainfall.

An underwhelming summer meant it was “always going to be hard” to repeat the success of 2018, says Andre Burger, Unilever VP of ice cream & snacking. Brands sold 24.9 million fewer handheld SKUs than last year – a fall of 8.2%. Their tubs took a hit too, with volumes dropping 4%.

Nevertheless, suppliers are undaunted come rain or shine, Burger claims. “Seasonality plays its part, but we’ve worked hard to innovate our portfolio to become less reliant on weather and more focused on creating great products that consumers can enjoy all year round.”

Much of that effort was given over to healthier options. Unilever expanded its lower calorie Ben & Jerry’s Moo-phoria range, while the thriving Häagen-Dazs joined the better-for-you craze with its Gelato lineup. In own-label, the likes of Asda, Morrisons and Aldi all launched low-calorie tubs this year.

“There hasn’t been any innovation in the traditional ice cream category for decades,” claims Justin Ball, president of Halo Top, the reduced-calorie powerhouse that made an extra £12.4m this year. Meanwhile, its main rival, Unilever’s Breyers Delights, enjoyed 20.5% value growth on volumes up 28.3%.

But despite the category’s health kick, the top of the ice cream charts remain dominated by brands typically associated with indulgence – the likes of Magnum, Häagen-Dazs and Carte D’Or.

Indulgent NPD has been a hit too. Nielsen analyst Viviane Palmedo points to Nuii, the nascent handheld brand from Froneri. Launched in February, it gave “a strong performance in its first year, offering premium indulgence flavours such as Dark Chocolate & Nordic Berry and Salted Caramel & Macadamia”.

Taste remains the top reason shoppers buy ice cream, and some healthier options “have not delivered” Craven says. “By no means is indulgence a dead trend.” 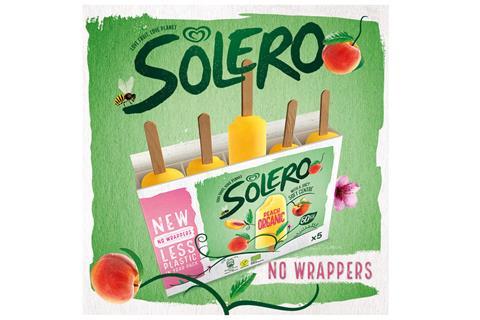 With consumers increasingly frustrated by the scourge of plastic waste, Solero responded this summer with a wrapper-free multipack. Individual plastic wrappers were replaced by polyethylene-coated cardboard compartments to protect the five ‘naked’ lollies within. That meant 35% less plastic than the original pack – at no additional cost to consumers. For now, the innovation is being used only for Solero Organic Peach sold via Ocado. But it’s a cool start.