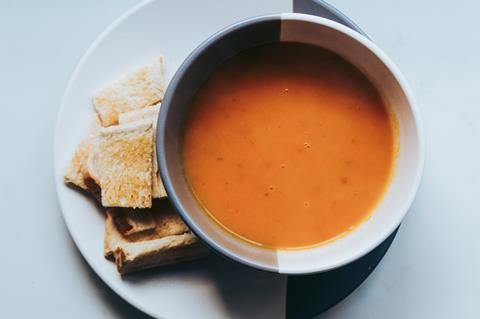 Soup is suffering. In the absence of another Beast from the East, sales are cooling. The fresh and ambient sectors lost a combined £11.1m this year as volumes slipped across the board.

But brands aren’t taking it lying down. Faced with a lack of wintery weather to get consumers reaching for a warming bowl of soup, they are creating their own blizzard of NPD.

Market leader Heinz is one brand that has been active in this area. It’s looking to recoup substantial losses – together, its Classic, Big Soup and Cup Soups lost £4.9m – with on-trend innovation. “While traditional soup occasions are being affected by a shift from consumers towards healthier and speciality products, soup continues to be a key meal solution,” stresses Asmita Singh, senior brand manager for Heinz Soup.

Most notably, Heinz launched microwaveable pot formats, in a bid to capitalise on the convenience trend. This has proven a particularly hot area for soup. See our Top Launch below, which comes in a heatable bottle.

Baxters has also gone down the convenience route with the launch of its own microwavable pot. “We are seeing changing lifestyles and more time-pressed consumers,” says Gordon Sloan, category and shopper development controller at Baxters. “This is manifested in the healthy growth of out-of-home or food-to-go occasions.”

Still, ease of preparation isn’t the only source of innovation. Crosse & Blackwell, which this year suffered a gruelling 35% blow to value, has partnered with presenter and farmer Jimmy Doherty to launch a range using locally sourced produce.

The company hopes it can play into demand for produce that is close to home. “These new variants demonstrate the continued relevance of canned food to today’s shopper, particularly younger shoppers who are passionate about buying homegrown produce,” says Dean Towey, marketing director for Crosse & Blackwell.

Over in fresh, vegan brands are flying. Bol is up 78.2%. Tideford, which made the “risky” decision to go fully vegan in 2016, has nearly tripled sales after securing a major listing with Sainsbury’s. With growth like that, who needs another Beast? 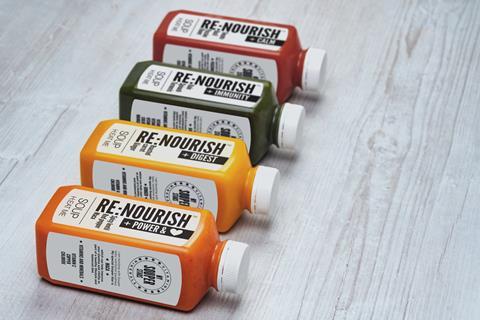